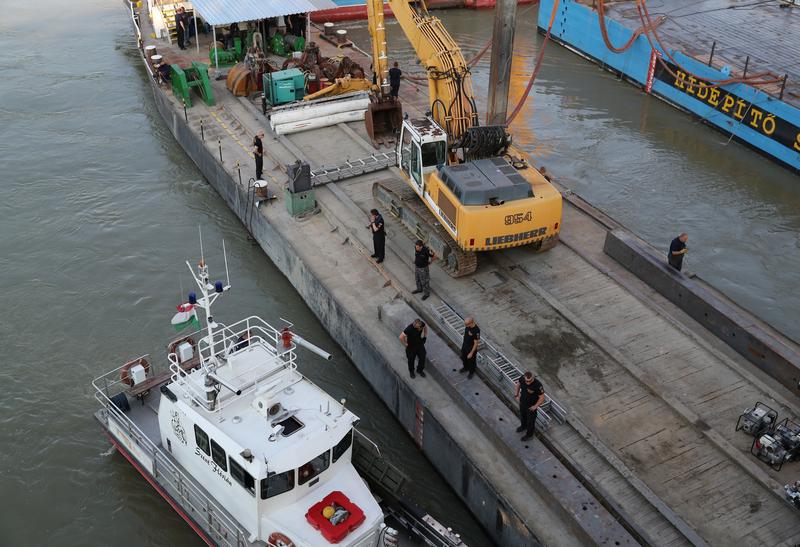 Rescue personnel arrive as a floating crane salvages the wreckage of a capsized tourist boat after an accident which killed several people in the Danube river near Margaret bridge, in Budapest, Hungary, June 10, 2019. REUTERS/Marko Djurica

BUDAPEST (Reuters) – Salvage crews started an operation Tuesday to raise the wreck of a Hungarian boat that capsized on the Danube river in Budapest, killing 26 South Korean tourists and two Hungarian crew, Reuters TV reported from the scene.

The Mermaid sank after a large Swiss-owned cruise liner struck it from behind on May 29 as both vessels passed under a 19th century bridge in the Hungarian capital during heavy rain.

It was the worst disaster in half a century on Europe’s longest river. The bodies of all but eight of the victims have been recovered.

Reporting by Krisztina Than and Krisztina Fenyo, Editing by