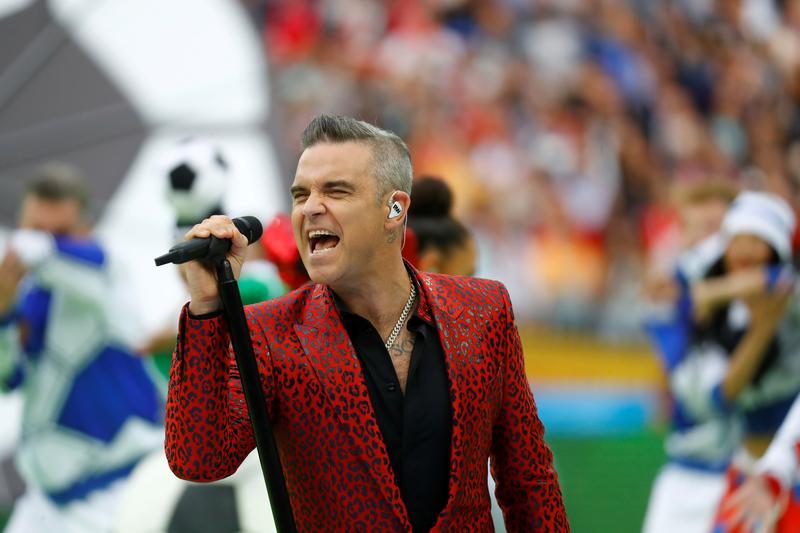 LONDON (Reuters) – Pop singer Robbie Williams, a judge on Britain’s “The X Factor” television show last year, is taking a stake in a performing arts college as he looks to mentor more “jazz hand people” like him.

The singer of “Angels” and “Let Me Entertain You” will have a 20% stake in Liverpool’s LMA, which offers degrees in music, performing arts and games design.

Williams, who hails from Stoke-on-Trent, a city 56 miles (90 km) southeast of Liverpool, mentored a choir from LMA on “The X Factor” last year and said he really enjoyed the experience.

“I was looking into the eyes of all the students and I was like ‘They are me. That’s who I was and who I am’, you know, we sort of ‘jazz hand people’,” the 45-year-old singer told a news conference.

“It’s just that energy that I wanted more of and also I don’t mind saying I was surprised I was actually quite good at mentoring. It’s something that I want to carry on, in whatever capacity that is. I loved it.”

LMA’s plans include opening a new London campus next year.

Williams, a member of popular 1990s boyband Take That, will help drive LMA’s expansion in Britain and abroad.

“I’ll find out more as we go along. But I want to mentor. I want to be there. I want to find out how to teach … I have a bit of experience in the business.”

Williams, whose wife Ayda Field was also a judge on “The X Factor” alongside series creator Simon Cowell, is working on an album and will not return to the show this year.

“I’m going to be all over the place promoting that. We wanted it desperately to work with ‘The X Factor’ but it just wasn’t (to be),” he said.

“This year I’ve got to go and promote my album to death. So that’s what I’ll be doing.”