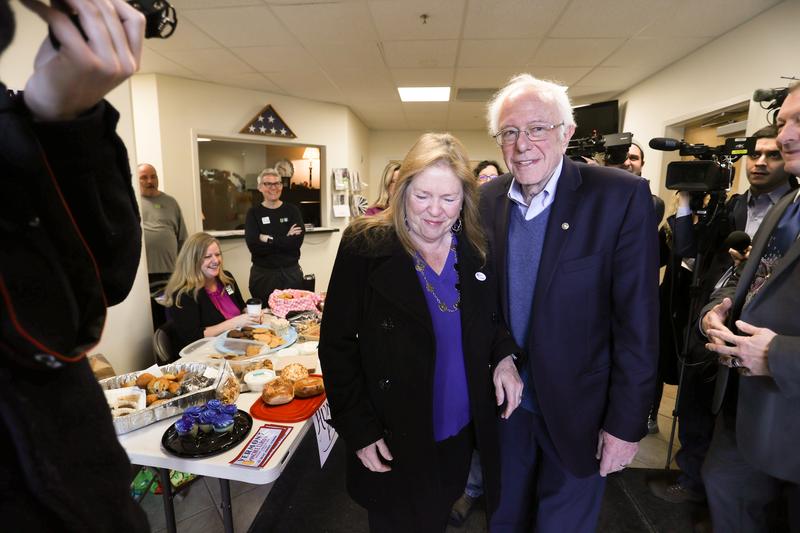 WASHINGTON (Reuters) – Bernie Sanders was looking to cement his lead in the Democratic U.S. presidential race as the biggest round of voting got underway on Tuesday, while his main rival Joe Biden aimed to muscle aside upstart Michael Bloomberg and consolidate support from the party’s moderate wing.

In Super Tuesday nominating contests across 14 states, from Maine in the East to the delegate-rich prize of California in the West, the Democratic battle to find a challenger to Republican President Donald Trump in the Nov. 3 election became a national competition for the first time.

The rush of primary elections could provide some clarity at last in a muddled race for the White House that has seen several candidates rise and fall, leaving many Democratic voters torn and uncertain.

Sanders, a democratic socialist and independent U.S. senator from Vermont, hopes to take a huge step toward winning the nomination on Tuesday, when more than one-third of the delegates who will pick the eventual nominee in July will be up for grabs.

But Biden, who was President Barack Obama’s vice president, has emerged as a top threat after a big win on Saturday in South Carolina opened the floodgates on endorsements from Democratic officials worried that Sanders’ proposals to restructure the economy would doom the party’s prospects in November.

Biden is trying to thread the needle between progressive Democrats’ desire for big structural change and moderates’ yearning for a candidate who will be able to win over enough independents and Republicans to oust Trump.

Biden’s goal on Tuesday will be to stay within reach of Sanders in the delegate count, giving him a chance to make up ground as the race moves on.

Tennessee is one of the states where Biden hopes to do well on Tuesday. But a powerful, killer tornado here in the Nashville area delayed the opening of polls there by an hour, and forced officials to relocate some polling locations.

Bloomberg, the billionaire former New York mayor, remains a wild card as he joins the competition for the first time. The moderate skipped the first four contests and spent more than $500 million of his own money to bombard Super Tuesday and later voting states with ads, but has seen his poll numbers slip after a poor first debate.

Campaigning in Miami, Bloomberg rejected the argument that he was helping Sanders’ chances by siphoning away votes from Biden, and vowed to remain in the race. “I’m going to be there on Nov. 3,” he told reporters.

Adrian Ibarra, a 45-year-old owner of a floral and plant shop, cheered for Bloomberg as he passed by and said the 78-year-old businessman and philanthropist was Democrats’ best hope to win back the White House.

“Trump is dangerous,” Ibarra said. Biden “needs to step back so we can get him out of office.”

Senator Elizabeth Warren, a progressive ally of Sanders who was briefly the front-runner in the race last year, also remains in the hunt and hopes to score a victory in her home state of Massachusetts. Opinion polls show her trailing in other states, leaving her campaign hopes uncertain.

The pace of the Democratic race begins to accelerate after Super Tuesday, with 11 more states voting by the end of March. By then, nearly two-thirds of the total delegates will have been allotted.

Voting on Tuesday was taking place against the backdrop of an escalating political and economic crisis over the global outbreak of the coronavirus, which has infected some 90,000 people worldwide and killed more than 3,000, mostly in China.

The Federal Reserve cut interest rates by half a percentage point on Tuesday in an emergency move to shield the world’s largest economy from the fallout. It was the U.S. central bank’s first emergency rate cut since the height of the financial crisis in 2008.

Sanders, 78, headed into Tuesday with 60 delegates to Biden’s 54 in the state-by-state nominating fight. Sanders managed a virtual tie with Buttigieg in Iowa and wins in New Hampshire and Nevada.

At least 1,991 delegates to the party’s convention in July are needed to win the nomination outright.

Sanders, who has vowed to make the wealthy and corporations assume a heavier tax burden if he wins the White House, has focused heavily on rolling up big margins in liberal California, which has 415 delegates available.

He leads there in opinion polls and has heavily outspent Biden on ads and in building a campaign organization.

Sanders also is ahead of Biden by a smaller margin in polls in Texas, the second-biggest prize. Sanders’ strength with Hispanics should pay dividends in that state, where Latinos comprise one-third of the Democratic electorate.

Jeff Sunderland, 39, of Arlington, Virginia, said he voted for Sanders because he believes more needs to be done to improve the plight of workers. “I think that the working people of this country deserve better from our government,” he said.

Biden, whose blowout South Carolina win affirmed his popularity with black voters, will look for wins in five states where African Americans make up at least one-quarter of the Democratic electorate: Alabama, North Carolina, Virginia, Tennessee and Arkansas.

Other states voting on Tuesday are Colorado, Maine, Minnesota, Oklahoma and Utah. The U.S. territory of American Samoa was holding a caucus contest, and Democrats living abroad began voting in a primary set to continue until March 10.

The first polls will close in Vermont and Virginia at 7 p.m. EST (midnight GMT). The last will close in California at 8 p.m. PST (0400 GMT Wednesday).

The next contests on March 10 will be in Idaho, Michigan, Mississippi, Missouri, North Dakota and Washington state.