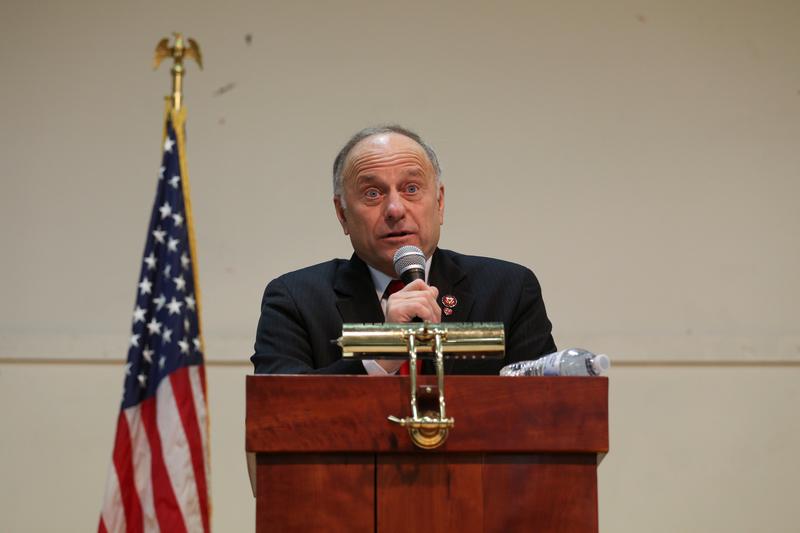 (Reuters) – Conservative U.S. Representative Steve King wondered aloud on Wednesday whether the human race would still exist without rape and incest, as he explained his anti-abortion position to an audience in his home state of Iowa, local media reported.

King, a Republican who is staunchly opposed to abortion, made his remarks to 50 members of the Westside Conservative Club during the breakfast event in Urbandale, the Des Moines Register reported.

“What if we went back through all the family trees and just pulled out anyone who was a product of rape or incest? Would there be any population of the world left if we did that?” King said in a video of the event posted on the newspaper’s website.

“Considering all the wars and all the rapes and pillages that happened throughout all these different nations, I know that I can’t say that I was not a part of a product of that,” he added.

In January, the U.S. House of Representatives overwhelmingly passed a resolution disapproving King asking in an interview with the New York Times why “white supremacy” was considered offensive. Republicans also stripped King of his committee assignments in response to his comments.

His remarks on Wednesday came in a year that a series of Republican-controlled state legislatures passed new restrictions on abortion intended to provoke a U.S. Supreme Court review of the 1973 Roe v. Wade decision that upheld a woman’s right to terminate her pregnancy.

The most restrictive, passed in Alabama, would completely ban abortion with no exception for rape or incest.

A spokesman for King was not immediately available for comment.

King is opposed to exceptions for rape and incest in laws restricting abortion and has tried unsuccessfully to get legislation reflecting his position passed in the House of Representatives.

“It’s not the baby’s fault for the sin of the father, or of the mother,” he said.

King was first elected to Congress in 2002 and won re-election in November with just over 50 percent of the vote, sharply lower than the 61.2 percent he garnered in 2016.

Reporting by Brendan O’Brien in Chicago; Editing by Scott Malone and Jonathan Oatis