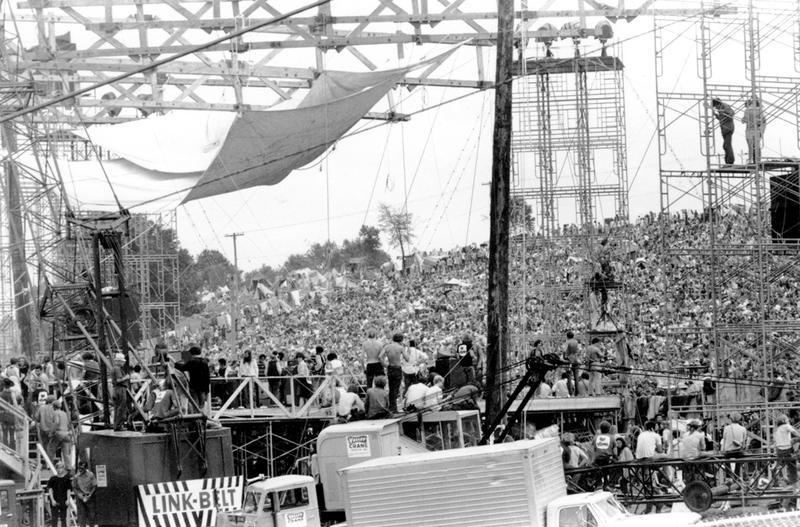 (Reuters) – Jason Stone played hooky from summer camp and tripped on LSD-spiked watermelon, Graham Nash was so high his memories of performing are hazy, and Robin Naylor, at 15, saw her first naked man.

Stone, Nash and Naylor were just a handful of the more than 450,000 people who attended, or performed at, Woodstock in 1969, and each has a different story to tell as the music festival that defined an era marks its 50th anniversary this week.

Here are highlights of some of them:

Jason Stone was 17 and had a summer job as a camp counselor in upstate New York when he and a friend decided to take off, without permission, and hitch a ride to the festival.

They ran into someone they know, and shared a small tent, where they were offered some watermelon.

“Little did I know that this watermelon was injected at some time before we got there with LSD, and that we were about to experience something pretty intense,” Stone said.

Stone lost his job at the summer camp, but the festival had given him a taste for the music business. After many years working at concert promoters Live Nation he now has his own company which helps arrange concerts at the original Woodstock festival site in Bethel Woods, New York.

“I knew after Woodstock that (after) the experience I had there, I wanted to be in the music business and wanted to be part of what Woodstock was,” he said.

Nash remembers flying into Woodstock by helicopter after dark.

“Thousands and thousands of people. Rain. Mud. Candles. People. Murmuring. Sound. It was unbelievable,” he said.

“The size of something like Woodstock – things get very hazy. They get very hazy if you’re straight. They get incredibly hazy if you were high. And that’s what we were so I have very few memories of interaction backstage,” Nash added.

While waiting to perform, the band was less concerned about the vast audience than the reaction of their peers and “all of the people we loved standing on the side of the stage wondering whether this new band, Crosby, Stills and Nash, could do what their record was. How are they gonna do this live, you know?”

“Nobody gave us a hard time, really. Nobody was antagonistic or anything like that. It wasn’t a hostile crowd by any means. They were there for the music, and whatever else was there,” Ellsworth said.

Woodstock was notable for widespread drug use by performers and fans, although only about 100 arrests were made and there were no reported incidents of violence.

“I think common sense prevailed, basically. There wasn’t much you could do. I saw some people smoking weed, marijuana and stuff. But… there was nobody to turn them over to, anyway. So, it would have just been a piece of paper and ‘see ya’,” said Ellsworth.

Jocko Marcellino was a singer, drummer and songwriter for the fledgling band Sha Na Na when Jimi Hendrix helped get them onto the Woodstock bill. As the hours passed, Sha Na Na kept getting bumped before Hendrix insisted they take the stage as the penultimate act.

“Looking out at the crowd, by then it would look like a refugee camp… and we were exhausted because we were out there all weekend and we finally got on.

“Woodstock was all about all of these people cooperating and getting through that weekend together… It was a universe of its own and it will never be repeated again,” Marcellino said.

Robin Naylor turned 15 a week before Woodstock and went with two of her sisters, without telling their strict father.

She remembers marveling at how Janice Joplin could sing, drink and smoke a cigarette at the same time.

“I am thinking how much more smoke was coming out as she’s singing “Piece of My Heart Baby” and her face was completely gray. She was amazing, but I was looking (and) I was thinking her face is gray,” she said.

Elsewhere, Naylor’s sister slipped in the mud and down into a makeshift privy, ruining her prized moccasin boots.

“She had fallen into a hole where people had been using it because there were no… right? So it is all over her… She was so proud of her moccasin boots. She was crying,” Naylor said.

“You forgot that you were cold, hungry and wet… My sister Patty said, ‘Don’t eat anything, don’t drink anything’ because there were a lot of things going around and we were young kids.

“People were swimming naked. Oh my god! I saw my first naked man at Woodstock. Oh wow! Yeah. I was horrified.”