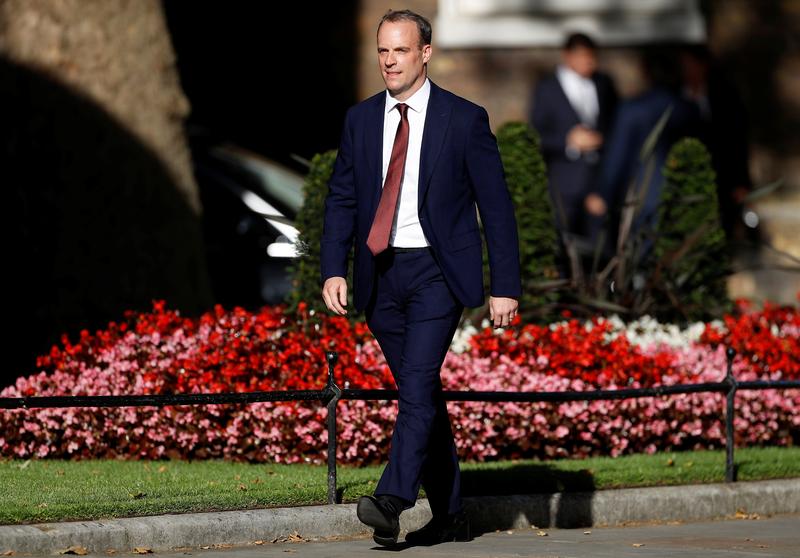 LONDON (Reuters) – British foreign minister Dominic Raab will travel to Canada, the United States and Mexico this week to seek to boost ties with non-European countries ahead of Brexit, his office said.

Raab was appointed last month by new Prime Minister Boris Johnson, who has promised to take Britain out of the European Union by the end of October, with or without an exit deal.

Last week Raab visited Bangkok, where he met 20 foreign ministers from around the Asia-Pacific region to discuss trade opportunities and strengthening diplomatic ties.

“I’m determined that we fire up our economic relationships with non-European partners,” Raab said in a statement ahead of his trip to Toronto, Washington and Mexico City.

“That means working with them now to ensure a smooth transition of our trading arrangements after Brexit and means quickly moving to wide ranging trade deals that boost business, lower prices for consumers and respect our high standards.”

While the EU is Britain’s biggest trading partner – UK exports to the EU were 289 billion pounds last year and imports from the EU were 345 billion pounds – pro-Brexit campaigners say leaving the bloc will allow Britain to pursue its own new bilateral trade deals around the world.

Raab will also use the visits to discuss global collaboration on key international issues, his office said.

“I also want to build a stronger alliance to uphold international rule of law and tackle the issues that threaten our security whether that’s Iran’s menacing behaviour or Russia’s destabilising actions in Europe, or the threat from terrorism and climate change,” he said.