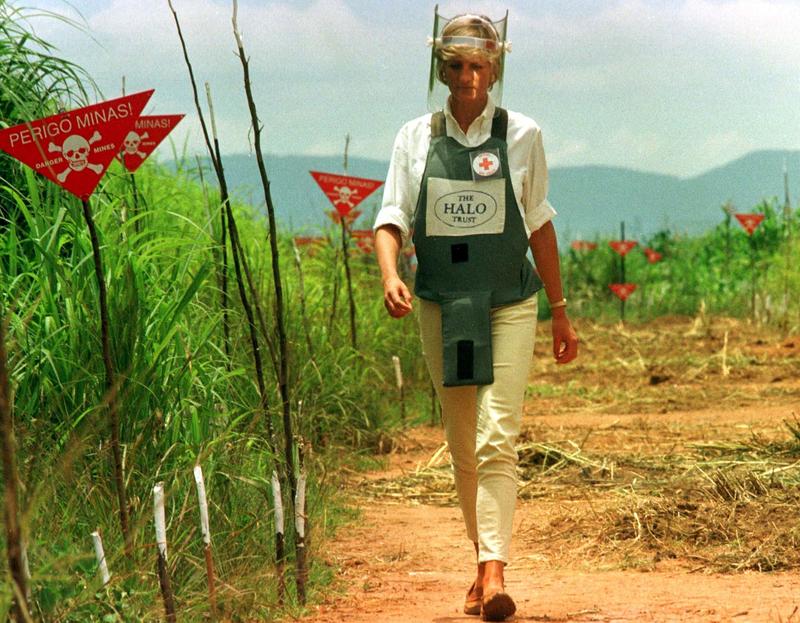 FILE PHOTO: Diana, Princess of Wales is seen in this January 15 1997 file picture walking in one of the safety corridors of the land mine fields of Huambo, Angola during her visit to help a Red Cross campaign to outlaw landmines worldwide./File Photo

LONDON (Reuters) – Britain’s Prince Harry will make a poignant visit to Angola this month to visit the landmine clearance project that featured in some of the most famous photographs of his late mother Princess Diana.

The pictures of Diana wearing protective gear as she walked among red skull-and-crossbone signs in 1997 won vital publicity for the Halo Trust which was clearing mines left during Angola’s civil war.

“(Harry) will visit the location where his mother was photographed. He will see how an area that was a dangerous minefield in 1997 is now a busy street with schools, shops and houses,” Buckingham Palace said on Friday.

Harry, his wife Meghan and their baby son Archie will start their 10-day tour in Cape Town, South Africa, while Harry will also go to Malawi and Botswana at the request of the Foreign Office, the palace added.

The trip will be the first official tour as a family for the Duke and Duchess of Sussex. Meghan, 37, a former U.S. actress, gave birth to Archie, their first child, in May. Archbishop Desmond Tutu will be among the dignitaries the couple will meet during the visit.

Harry, 34, the queen’s grandson and seventh-in-line to the throne, is a frequent visitor to southern Africa for conservation work and holidays.