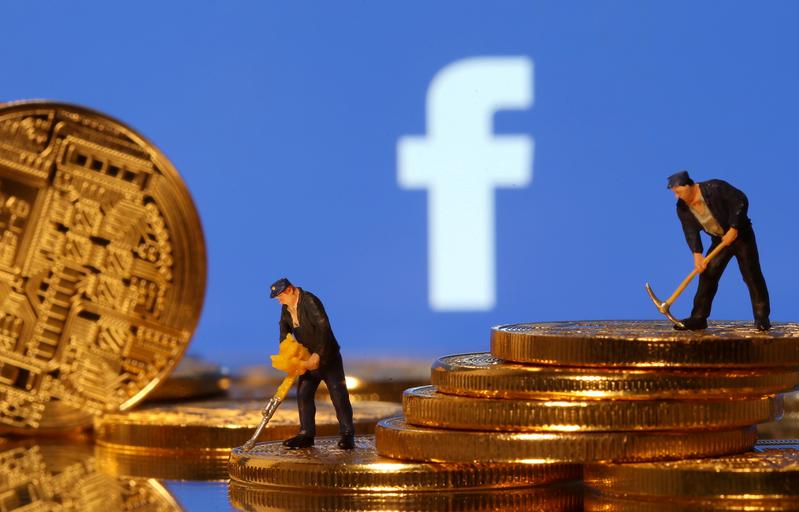 The social media group’s announcement last week that it wants to expand into payments and launch its own coin Libra has focused minds of regulators and central bankers, the BIS said.

Such a move by Big Tech mixes extensive data on individuals with activities that could potentially undermine financial stability, the BIS said.

It touches on competition, data privacy, markets and banking, all areas that have their own regulators that would need coordinating, Hyun Song Shin, economic adviser and head of research at the BIS, told reporters.

“To make that coordination possible, I think there would need to be more of a concerted effort on the part of our political leaders to take that forward,” Shin said.

The Group of Seven economies is looking at Facebook’s plans, but no single global authority has taken the lead role so far.

Shin suggested it could be up to the Group of 20 economies (G20), a body that last year failed to muster consensus that went beyond gathering more information on cryptoassets.

“The role of Big Tech in finance introduces very many new and very unfamiliar elements which pushes us to take a fresh look at some of the activities that international policymakers engage in,” Shin said.

“This is something that needs attention sooner rather than later.”

Shin said the BIS, a forum for central banks based in Basel, Switzerland, had a “courtesy meeting” with the initiators of the Libra project ahead of its announcement, but knows no more than what the social media company has made public.

He added that questions over what kind of regulation Libra would be subject to did not come up in the meeting, declining to give details of when it took place.

Banks have so far faced external competition in payments from financial technology (fintech) firms, but many are relatively small and without the depth of data that the likes of Google, Alibaba, Amazon, Apple and eBay have to hand.

On Sunday the BIS published a chapter on Big Tech in finance from its annual economic report.

It looked at the sheer volume of data held by social media, search engines and ecommerce firms, putting them at an immediate advantage over fintech firms and banks.

Their entry into finance could spark rapid change in financial services as the broad range of data on consumer behavior and preferences paints a more detailed picture of a person’s creditworthiness, the BIS said.

It was early days regarding the impact of Libra if it goes ahead. “We need to see much more before we can come to a judgment,” Shin said.

FILE PHOTO: The headquarters of the Bank for International Settlements (BIS) are seen in Basel, Switzerland March 26, 2019. REUTERS/Arnd Wiegmann/File Photo

Regulators will need to decide how the activity of Facebook and others in finance fits into existing, regulated categories. The same activity should face the same regulation, the BIS paper said, though Shin added: “We should not rule out a new approach that fits better.”

But even the biggest forays by Big Tech into finance, such as in money-market funds in China, represent a tiny fraction of total banking deposits, the BIS said.

“Banks are not in imminent danger of being squeezed out,” Shin said. “It would not be right to be alarmist here as the banks still have a very big advantage.”