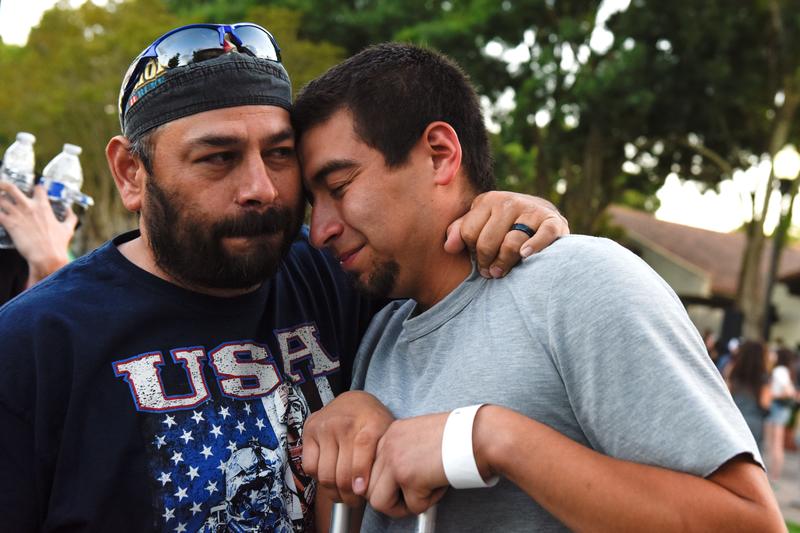 GILROY, Calif. (Reuters) – Police continued on Tuesday to look into what motivated a teenager to shoot visitors attending a popular California food festival over the weekend, killing three people, including a 6-year-old boy and 13-year-old girl.

Santino William Legan, 19, cut through a fence at the Gilroy Garlic Festival on Sunday and shot people, seemingly at random, with an assault-style rifle, according to the Gilroy police department. Police officers on the scene fatally shot the gunman within about a minute of him opening fire.

Police had obtained search warrants for a home in Gilroy associated with the suspect and a car they believe he drove to the festival, a decades-old annual event celebrating the produce farmed in the countryside south of San Jose.

Police and FBI agents were also looking into unconfirmed reports by witnesses that Legan may have had an accomplice.

Shortly before the attack, a couple of posts were published on what appeared to be Legan’s Instagram account, including one featuring a photograph of Sunday’s festival. One urged people to read “Might is Right,” an obscure racist and sexist tract written in the 19th century.

The post also railed against overdevelopment in nearby Silicon Valley to build housing for what he called “hordes” of white people and Latinos with European ancestry. Legan described himself on his account as having Italian and Iranian ancestry.

Cellphone videos of the attack showed people fleeing past tents in panic, as loud rapid-fire popping sounds are heard.

The three people who were killed were Stephen Romero, 6; Keyla Salazar, 13, of San Jose, and Trevor Deon Irby, 25, of Romulus, New York, according to the Santa Clara County Medical Examiner-Coroner.

Romero’s mother and grandmother were also wounded by bullets in the attack, according to media interviews given by Romero’s family.

At least five of the wounded were still recovering in hospital on Monday night. A 12-year-old child and a 69-year-old were among those injured, officials said.

Police believe Legan, who was originally from Gilroy, purchased the rifle legally on July 9 in Nevada, where he had recently been living.

Police planned to hold a news conference on Tuesday.