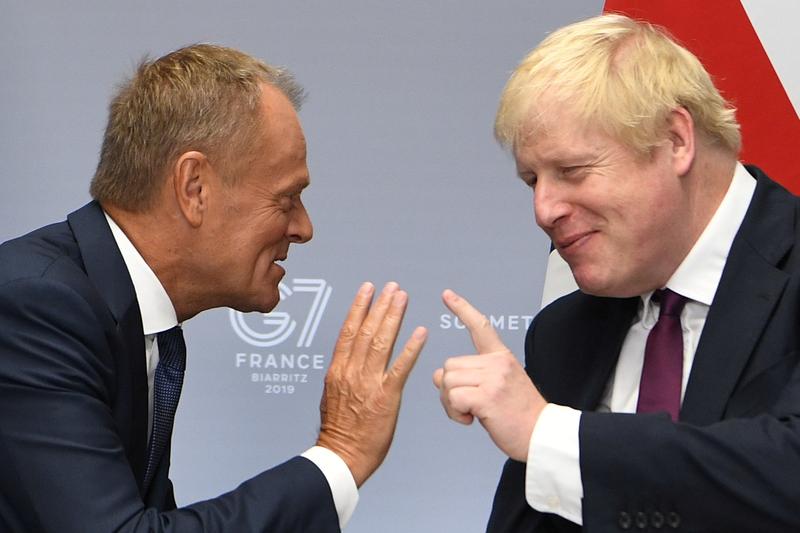 BIARRITZ, France (Reuters) – Prime Minister Boris Johnson told European Council President Donald Tusk that Britain would be leaving the European Union on Oct. 31 whatever the circumstances, a British official said on Sunday after the two met at a G7 summit in France.

Ahead of the meeting, Tusk and Johnson had sparred over who would be to blame should Britain leave the EU on Oct. 31 without a divorce deal in place.

Johnson told Tusk that his preference remained to seek a deal with the EU, and repeated that he would still be willing to sit down and talk with the EU and member states, the official said.

“The PM repeated that we will be leaving the EU on the 31st of October whatever the circumstances, we must respect the referendum result,” the official said.

The two will meet again at the United Nations General Assembly next month.

An EU official, who declined to be named, said the meeting had mainly restated known positions.

“We need input from their side. … What we would ideally have been hoping for and looking for were new elements to unblock the situation, said an EU official. “But, it was absolutely cordial all the time. It was not difficult.”

He added that it was reassuring that Johnson had reiterated he wanted to reach a deal.