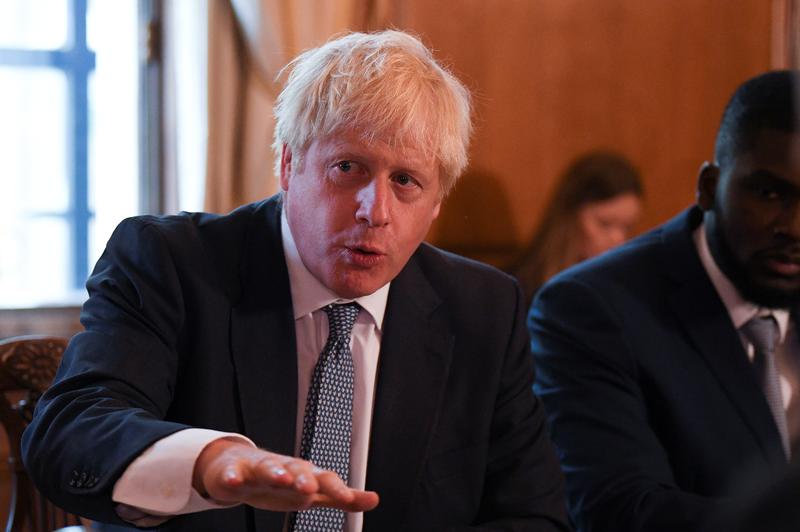 Britain’s Prime Minister Boris Johnson speaks next to Youth Justice Board Adviser Roy Sefa-Attakora during a roundtable on the criminal justice system at 10 Downing Street in London, Britain August 12, 2019. Daniel Leal-Olivas/Pool via REUTERS

(Reuters) – British Prime Minister Boris Johnson believes the European Union will cave in at the last minute and do a Brexit deal with him to “save Ireland”, the Sun newspaper on Monday, citing a source.

A no-deal Brexit would hurt Ireland the most and Johnson is convinced European leaders will budge over the key issue of the so-called Irish backstop, the Sun said.

The EU has said it is not prepared to reopen the divorce deal it agreed with Johnson’s predecessor Theresa May which includes the backstop – an insurance policy to prevent the return to a hard border between the British province of Northern Ireland and EU-member Ireland.

Reporting by Ismail Shakil in Bengaluru