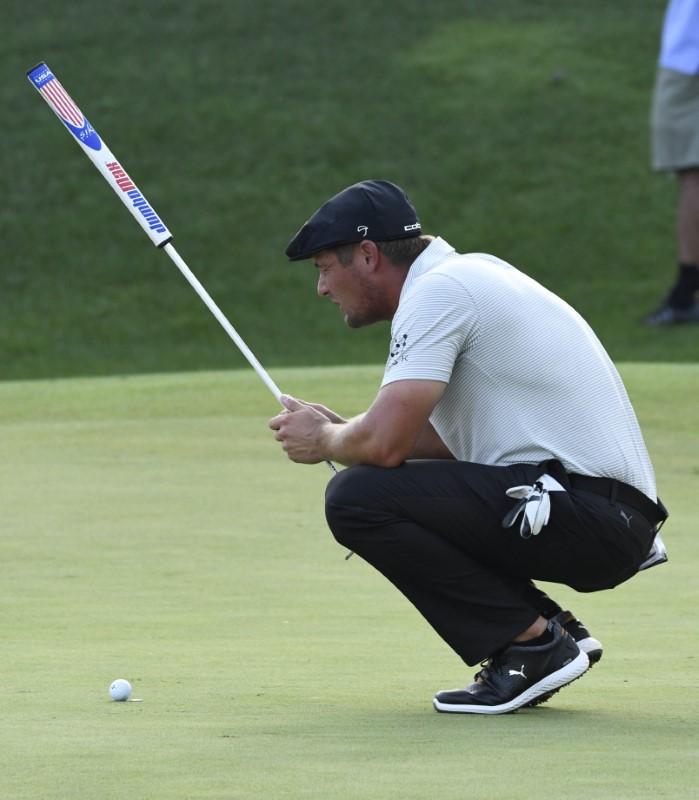 (Reuters) – The PGA Tour is considering expanding its pace-of-play policy in the wake of vocal criticism by players and fans of recent slow play.

Current policy only addresses pairings and threesomes with all the players in a group having to complete a hole within a set time to stay “in position” and avoid a potential penalty.

The tour is thinking of expanding the policy to also address individuals whose groups are “in position” but who take an excessive amount of time to hit a shot.

The issue reached critical mass over the weekend when American Ryder Cup player Bryson DeChambeau took more than two minutes lining up a putt during the second round at the Northern Trust tournament in New Jersey.

He was pilloried and ridiculed on social media by fans and fellow players.

“We know that the individual habits of players when they are preparing to hit a shot can quickly become a focal point in today’s world, and our players and fans are very passionate about this issue,” said PGA Tour chief of operations Tyler Dennis.

“We are currently in the process of reviewing this aspect of pace of play and asking ourselves, is there a better way to do it?

“We think technology definitely plays a key role in all of this and we are thinking about new and innovative ways to use it to address these situations.”

Leading players, including Brooks Koepka and fellow four-times major champion Rory McIlroy, have been among vocal critics of the tour’s inaction over slowpokes.

It took the last pairing just over four hours to complete the final round at the Northern Trust on Sunday.

Dennis said pace of play was a complex issue because of the many factors affecting it — including the number of players on the course, tee time intervals, amount of daylight, course set-up and the weather.

Under the tour’s current pace-of-play policy, players are “on the clock” when their group falls out of position.

Players are given an allotted time between 40 and 50 seconds to hit a shot. The first bad time results in a warning, while a second bad time in the same round results in a one-stroke penalty.

There are fines of an undisclosed amount for a second bad time in a season, and each bad time thereafter, and for each time players are put “on the clock” after the 10th time.

Only one penalty stroke has been handed out in the last two decades, however, and while fines are more common, it has been argued they are hardly a deterrent to multi-millionaire players.

The European Tour’s experiment at the aptly-named Shot Clock Masters in Austria last year was generally deemed a huge success by players and officials alike, with play speeding up considerably compared with the previous year.

Reporting by Andrew Both in Cary, North Carolina, editing by Nick Mulvenney