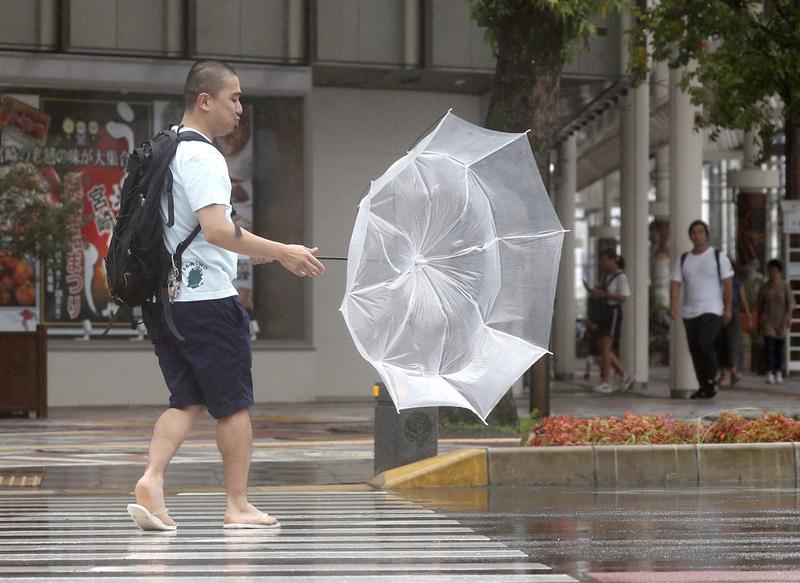 TOKYO (Reuters) – Heavy rains lashed parts of western Japan on Thursday as tropical storm Krosa bore down on the country, forcing the cancellations of hundreds of flights and trains as authorities advised more than 400,000 people to evacuate.

Krosa, a Khmer word for crane, was heading northeast towards the smallest Japanese main island of Shikoku with sustained winds of 108 km per hour (67 mph) and gusts up to 162 km per hour (100 mph), with landfall likely in early afternoon, the Japan Meteorological Agency said.

Authorities warned that the total rainfall in some areas could surpass 1,000 mm (39 inches) over 24 hours to Friday morning and advised some 446,000 people to evacuate, but as of Thursday morning there were no reports of major flooding and only a handful of minor injuries.

Eighteen people, including a baby, became trapped on Wednesday when a river rose suddenly as they were having an barbeque. None were injured and preparations for their rescue were being made on Thursday morning.

More than 200 people died in torrential rains and flooding in parts of western Japan in 2018, areas that could also be hit by severe rains from Krosa.