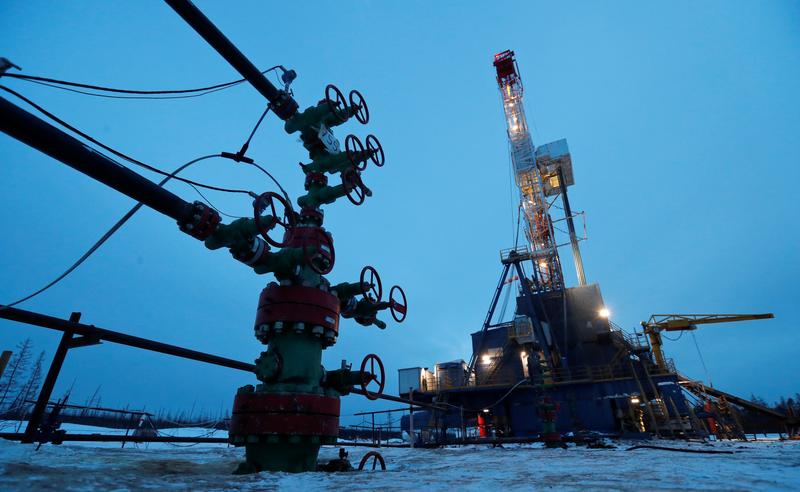 SINGAPORE (Reuters) – Oil prices rose on Monday after Saudi Arabia said producer club OPEC and Russia should keep supplies restricted at current levels, and in relief that the United States withdrew a tariff threat against Mexico, removing a cloud over the global economy.

Despite Monday’s increases, traders said concerns about the health of the global economy and its impact on fuel demand still weighed on oil market sentiment.

Traders said crude prices were rising because of statements by OPEC’s biggest producer Saudi Arabia on Friday saying that the group was close to agreeing extending supply cuts.

The Organization of the Petroleum Exporting Countries (OPEC) and some non-members, including Russia, known collectively as “OPEC+”, have withheld supplies since the start of the year to prop up prices.

“With the Mexican stalemate averted and no harmful shockwaves from this weekend G-20 meeting … oil could trade favorably as WTI and Brent will continue to track the broader risk environment high,” Innes said.

Stock markets rose on Monday after a deal between the United States and Mexico to combat illegal migration from Central America late last week removed the threat of U.S. tariffs on goods imported from Mexico.

But analysts said there were still concerns about the health of the global economy, with the United States and China still locked in a trade war.

“Slowing global demand appears to be featuring prominently on the markets’ collective mind, as the fallout from heightened trade tensions continues to be felt in the global economy,” said FXTM’s Tan.

“The sustainability of oil’s recent climb could be determined by the outlooks of several key industry bodies scheduled this week, whereby more downcast projections for global demand could prompt traders to continue chipping away at oil,” he added.

China’s crude oil imports slipped to around 40.23 million tonnes (9.47 million barrels per day), down from an all-time peak of 43.73 million tonnes in April, customs data showed on Monday, as the world’s top importer of the commodity curbed shipments from Iran amid tightening U.S. sanctions on that country.

More data is due for release this week.

Oil major BP will publish its statistical review of global energy markets on Tuesday, while China on Friday is scheduled to publish its monthly commodities output data.