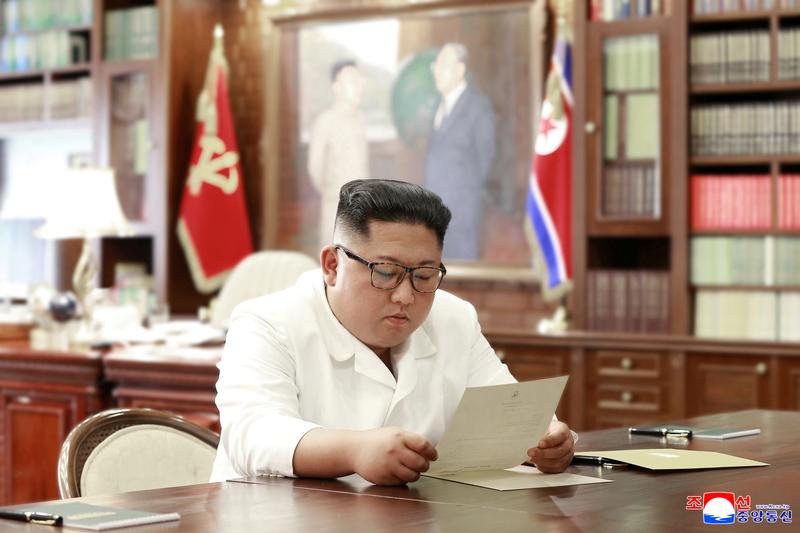 In a report published early on Sunday in Asia, KCNA did not give details on the letter, but said Kim described it as “of excellent content.”

“Kim Jong Un said that he would seriously contemplate the interesting content,” the report said.

White House officials did not immediately respond to a request for comment.

U.S.-North Korea talks have been stalled since a failed summit in February between Trump and the North Korean leader in Hanoi, Vietnam.

A U.S. official said on Wednesday the United States had no pre-conditions for new talks, but that progress would require meaningful and verifiable North Korean steps to abandon its nuclear weapons program.

Trump is due to visit South Korea next week for meetings with South Korean President Moon Jae-in after taking part in the G20 meetings in Japan.

Reporting by Jason Lange in Washington; editing by Daniel Wallis and G Crosse