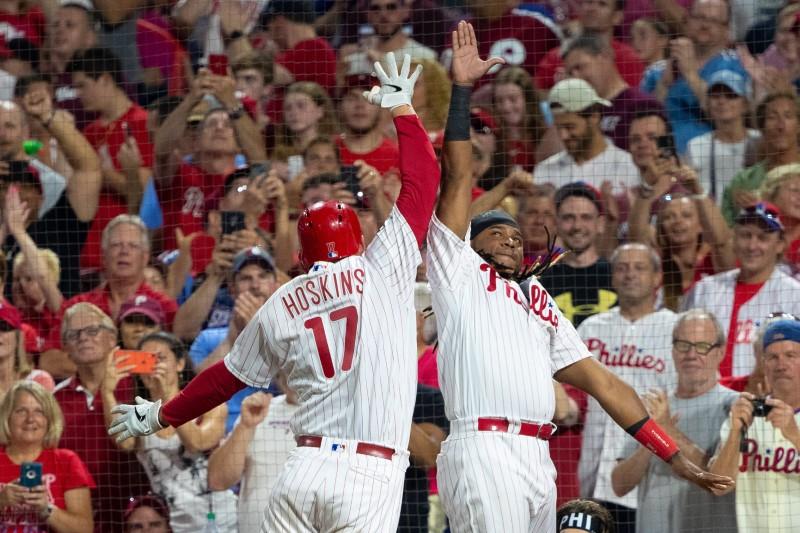 Franco became expendable with the acquisition of outfielder Corey Dickerson and the pending return of outfielder Jay Bruce. Those moves will shift Scott Kingery to third base, and the Phillies chose to keep Miller for his ability to play around the field.

Cano hit what looked to be a double to right field but pulled up rounding first, was tagged out and retreated to the dugout. He did not come out for the bottom of the fourth in the series finale against the Pittsburgh Pirates.

The 15-year veteran missed time earlier this year with a left quad injury.

Hicks left Saturday’s game against the Boston Red Sox when he hurt his elbow while making a throw to the infield. He was diagnosed with a right flexor strain.

In a corresponding move, the Yankees activated left-hander J.A. Happ from the paternity list.

—The Chicago Cubs placed catcher Willson Contreras on the 10-day injured list one day after he suffered a right hamstring strain while running out a fly ball against the Milwaukee Brewers.

The 27-year-old Contreras is hitting .275 with 19 home runs and 57 RBIs in 87 games. Contreras also missed time in mid-July with a foot injury.

His injury comes three days after the Cubs, who had been carrying three catchers on the roster, traded veteran Martin Maldonado to the Houston Astros in exchange for utility man Tony Kemp.

—Just days after acquiring right-hander Sam Dyson from the San Francisco Giants, the Minnesota Twins placed him on the 10-day injured list with right biceps tendinitis.

In two appearances with his new team, Dyson had given up six runs in 2/3 of an inning.

The right-handed Dyson was 4-1 with two saves and a 2.47 ERA in 49 appearances for the Giants this season.

—The St. Louis Cardinals activated third baseman Matt Carpenter from the 10-day injured list, and he went 1-for-5 with two strikeouts against the Oakland Athletics.