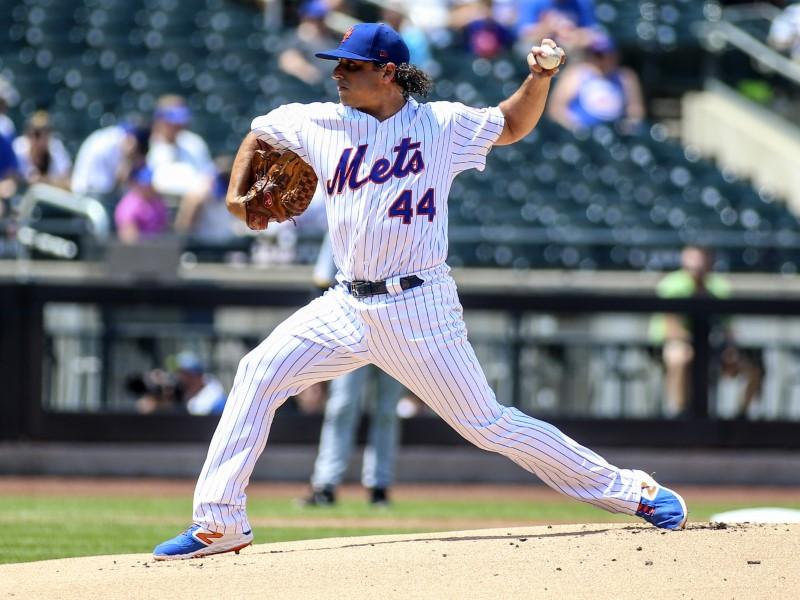 The Phillies also will receive cash considerations in the deal.

Bossart, 26, has spent all season with Double-A Reading, where he was hitting .195 with a .303 on-base percentage and seven home runs in 63 games.

—Retired Boston Red Sox star David Ortiz is happy to be home after nearly seven weeks in the hospital after being shot in the back in the Dominican Republic. On Monday morning, he posted a series of photos of steak, grilled fish and pasta from an apparent weekend celebration.

Ortiz, who was released from Massachusetts General Hospital on Friday, acknowledged he wasn’t up to the scrumptious menu. “Too bad I can’t crush food yet!!!!”

Ortiz, 43, will continue his recuperation at home, aided by full-time nurses. “Big Papi will be back soon,” he said in a statement.

—The Washington Nationals placed right-hander Max Scherzer on the 10-day injured list four days after he matched his shortest outing of the season, going five innings against the Colorado Rockies.

Washington called up 26-year-old right-hander Erick Fedde, who was 1-1 with a 3.40 ERA in 13 appearances (eight starts) with the Nationals earlier this season. The Nationals also activated right-handed pitcher Justin Miller from the 60-day injured list and designated him for assignment.

—The Toronto Blue Jays called up middle infield prospect Bo Bichette, who played shortstop and hit sixth against the Kansas City Royals in his debut.

Bichette, 21, was batting .275 with eight home runs and 32 RBIs in 56 games at Triple-A Buffalo this season. ESPN’s Keith Law ranked Bichette as the fourth-best overall prospect in baseball, while Baseball America had him ranked sixth and MLB.com had him eighth.

—Right-hander Jordan Lyles is headed to the Milwaukee Brewers for the second consecutive season after the club acquired him from the Pittsburgh Pirates for minor league right-hander Cody Ponce.

He was 2-4 with a 4.29 ERA in 24 appearances (eight starts) with the San Diego Padres last season before he was claimed off waivers by the Brewers for the stretch drive. He went 1-0 with a 3.31 ERA in 11 relief appearances for Milwaukee.

—Houston Astros outfielder Jake Marisnick lost his appeal to Major League Baseball over his two-game suspension for crashing into Los Angeles Angels catcher Jonathan Lucroy on July 7. He will miss games Tuesday and Wednesday against the Cleveland Indians.

Marisnick has maintained that he did not intend to bowl over Lucroy, who is on a minor league rehab assignment after sustaining a concussion and a broken nose.

Marisnick, 28, is batting .246 with eight home runs and 25 RBIs in 83 games this season. The Astros will play with 24 players on their roster for the next two games at Cleveland.

—The Los Angeles Dodgers placed utility player Enrique Hernandez on the 10-day injured list because of a sprained left hand.

Hernandez, 27, has been bothered by the injury since he was hit in a fourth-inning at-bat against the Los Angeles Angels on Wednesday. Hernandez is batting .238 with a .309 on-base percentage, 16 home runs and 52 RBIs.