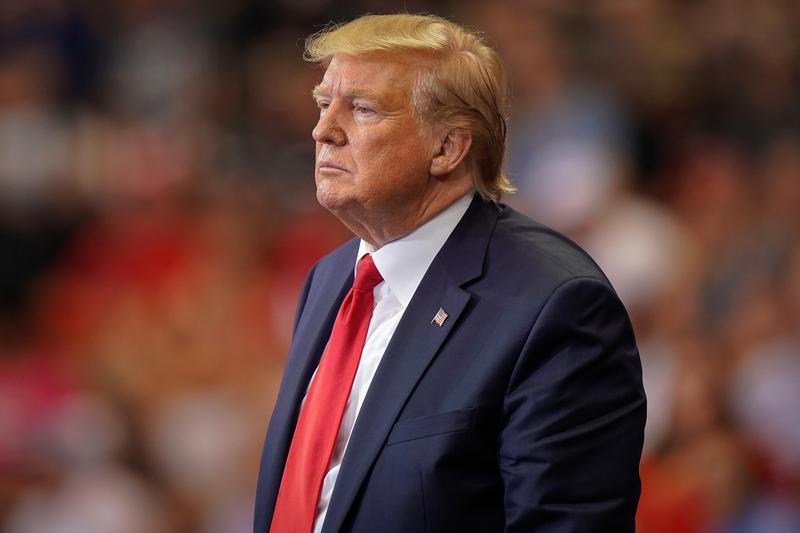 WASHINGTON (Reuters) – A majority of Democrats in the U.S. House of Representatives now favor launching impeachment proceedings against Republican President Donald Trump, after a California lawmaker on Friday became the 118th Democrat to call for the process to begin.

“In the past few years, our nation has seen and heard things from this president that have no place in our democracy,” Representative Salud Carbajal said in a statement that accused Trump of “criminal” behavior.

“I believe it is time to open an impeachment inquiry into President Donald Trump,” Carbajal said.

The Democrats have a majority of 235 members in the House of Representatives. Support for an impeachment inquiry has jumped by more than two dozen Democrats since former Special Counsel Robert Mueller testified on July 24 about his probe of Trump and Russian interference in the 2016 election.

But the total of 118 is still far short of the 218 House votes needed to approve an impeachment resolution, and opinion polls continue to show voters sharply divided over the issue. The House is currently on a summer recess and will not return until Sept. 9.

There was no immediate comment from Democratic leaders in the House.

Having a majority of her own caucus favor impeachment could put new pressure on House Speaker Nancy Pelosi, who opposes impeachment as a politically risky move unless investigators find powerful evidence of misconduct by Trump that can unify public opinion.

But some Democrats have said they think Pelosi’s cautious approach is unlikely to change.

Democrats opposing impeachment say the best way to remove Trump is by defeating him in 2020, when he is up for re-election.

Carbajal said in his statement that if anyone else did the things Trump had done, they would face legal consequences.

“We have seen Donald Trump and his allies invite meddling into our elections, we have watched our nation’s moral fabric rip apart and – most importantly – we have learned that our nation’s commander in chief evaded truth, encouraged his staff to lie repeatedly to investigators and engaged in obstruction on at least 10 occasions,” Carbajal said.

Trump has denied any wrongdoing and says he was vindicated by the Mueller report, but the special counsel made clear in his testimony to Congress that that was not the case.

In his report, Mueller described in detail the extensive contact Trump’s team had with Russia during the 2016 election campaign, and how Trump tried to impede the investigation.

While he stopped short of concluding Trump had committed a crime or that his aides had conspired with Moscow, Mueller did not clear him and indicated it was up to Congress to decide the next steps.

Democrats on the House Judiciary Committee effectively rebranded their six-month-old oversight investigation of Trump as an impeachment probe last week, when they asked a federal judge for access to Mueller’s grand jury evidence to determine whether to recommend articles of impeachment against Trump.