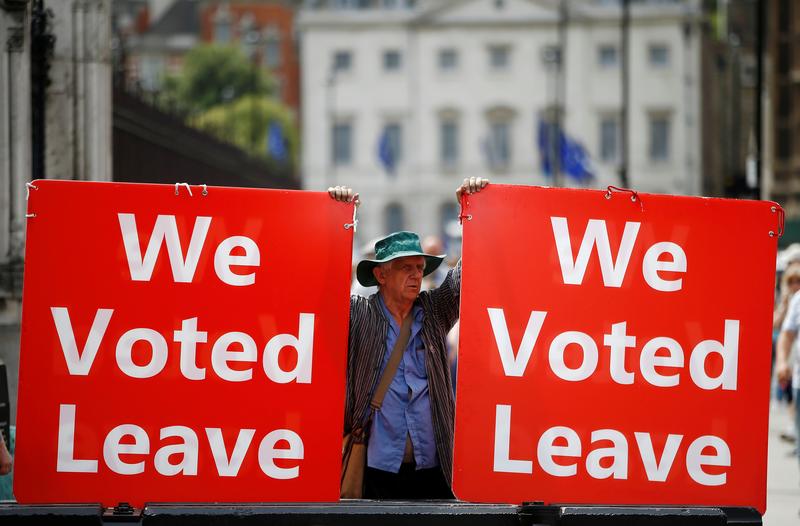 FILE PHOTO: A pro-Brexit demonstator is seen outside the Houses of Parliament in London, Britain, July 17, 2019. REUTERS/Henry Nicholls