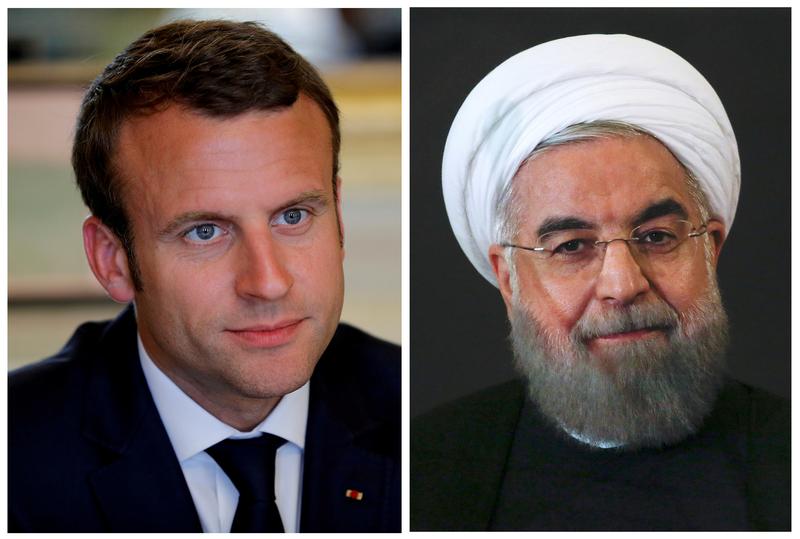 PARIS (Reuters) – Iranian President Hassan Rouhani has not been invited to this month’s G7 summit, a French diplomat said on Wednesday, denying a media report published as European leaders seek a way to defuse a brewing confrontation between Tehran and Washington.

The official was responding to a report by Al-Monitor that French President Emmanuel Macron had invited Rouhani to the summit in Biarritz to meet U.S. President Donald Trump. Rouhani rejected the proposal, according to the report.

For months, France, Britain and Germany have worked to salvage Iran’s internationally-brokered nuclear accord, which has teetered on the brink of collapse since President Donald Trump pulled the United States out of it last year.

Iran has reacted to renewed U.S. sanctions meant to strangle its oil trade by retreating from some of its commitments to limit its nuclear activity made under the deal – known officially as the “Joint Comprehensive Plan of Action”, or JCPoA – in return for a lifting of multilateral economic sanctions.

“The priority is that Iran adheres to its nuclear obligations,” the French diplomat told Reuters.

Rouhani said on Thursday that Iran was ready for the worst in an uphill struggle to salvage the nuclear deal, but that Tehran would eventually prevail.

Fears are escalating of a Middle East war with global repercussions as the U.S.-Iranian stand-off festers. Tackling the crisis will be in focus at the Aug. 24-26 G7 summit.

Britain on Monday joined the United States in a maritime security mission in the Gulf to protect merchant vessels travelling through the Strait of Hormuz after Iran, responding to U.S. oil sanctions, seized a British-flagged vessel.

The tanker dispute has tangled the United Kingdom in the diplomatic differences over Iran between the EU big power signatories to the deal and the United States.

The E3 grouping of France, Germany and Britain are trying to set up Instex, a barter-based trade conduit with Iran, but an Iranian mirror mechanism has yet to be established. Iranian officials have repeatedly said Instex must include oil sales or provide substantial credit facilities for it to be beneficial.

Asked if the report was accurate, the French diplomat said it was premature to negotiate an amount and that any measure would depend on Iran’s respect of its nuclear commitments.

“France is ready to work with the E3, United States, and guarantors of the JCPoA, without predetermining an amount or a financial mechanism that will require in any case international cooperation and in-depth expertise,” the diplomat said.