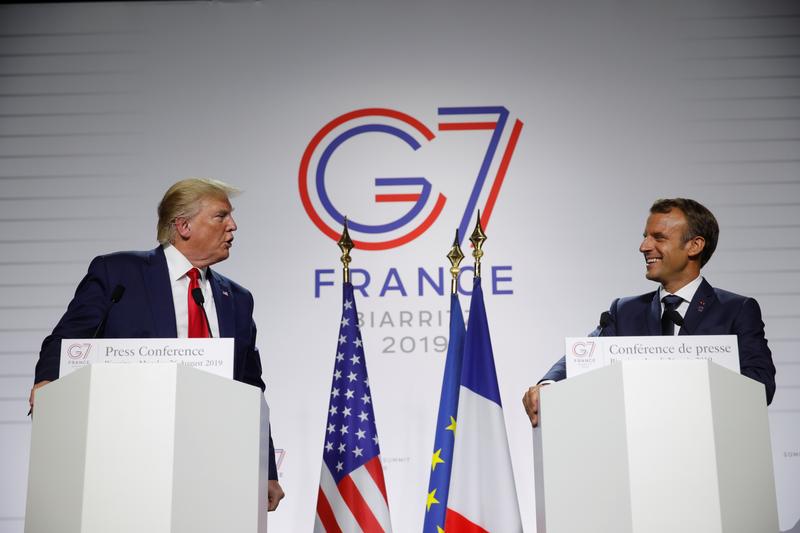 BIARRITZ, France (Reuters) – France and the United States reached a deal to end a standoff over a French tax on big internet companies, though U.S. President Donald Trump declined to say whether his threat of a retaliatory wine tax was off the table as a result.

U.S. officials complain it unfairly targets U.S. companies such as Facebook (FB.O), Google (GOOGL.O) and Amazon (AMZN.O). They are currently able to book profit in low-tax countries such as Ireland and Luxembourg, no matter where the revenue originates.

The row had threatened to open up a new front in the trade spat between Washington and the European Union as economic relations between the two appear to sour. Defusing the row was a positive for Macron at a summit with few concrete outcomes.

“We’ve done a lot a work … we have a deal to overcome the difficulties between us,” Macron told a news conference alongside Trump at the end of a G7 summit in France.

Le Maire and his U.S. counterparts worked on finding a deal all weekend, first at the French finance minister’s family house in the Basque countryside and later at a Sunday dinner in a Biarritz restaurant, the source said.

Trump had lambasted Macron’s “foolishness” for pursuing the French levy and threatened to tax French wines in retaliation.

The French leader pushed hard in 2018 for a digital tax to cover EU member states, but met resistance from some other countries. He decided to go ahead with a national tax, which was signed into law in July and applies retroactively to Jan. 1, 2019.