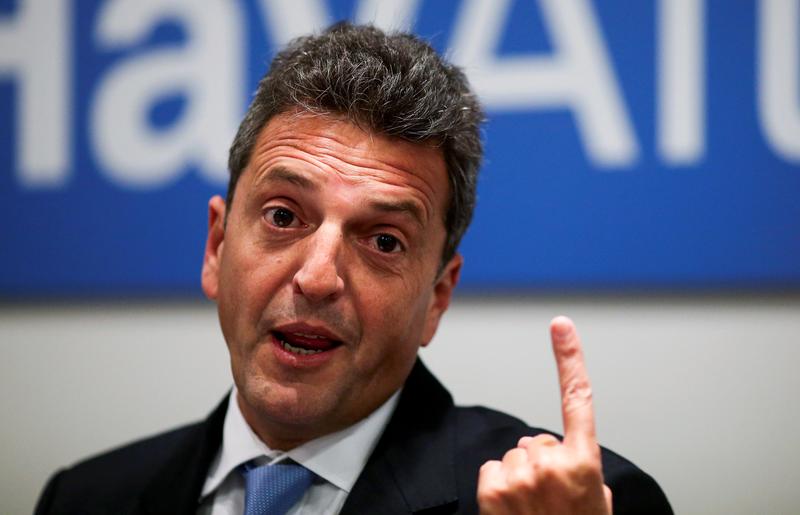 The move, while expected, will help presidential candidate Alberto Fernandez, a former cabinet chief, and vice-presidential candidate Cristina Fernandez de Kirchner, who served as president from 2007 to 2015, widen their appeal to centrist voters, particularly in the key province of Buenos Aires. The two are center-left adherents of Peronism, a broad-based and decades-old political movement in Argentina.

About 10 percent of Argentine voters in recent polls have said they would vote for Massa in this year’s election. A relative moderate, Massa took third in Argentina’s last presidential contest in 2015. He has deep political roots in Buenos Aires Province, which surrounds the city of Buenos Aires.

The move comes one day after center-right Macri chose a moderate Peronist candidate, Miguel Pichetto, as his running mate in a similar gesture toward centrist voters.

The sources requested anonymity because the information had not yet been announced officially.