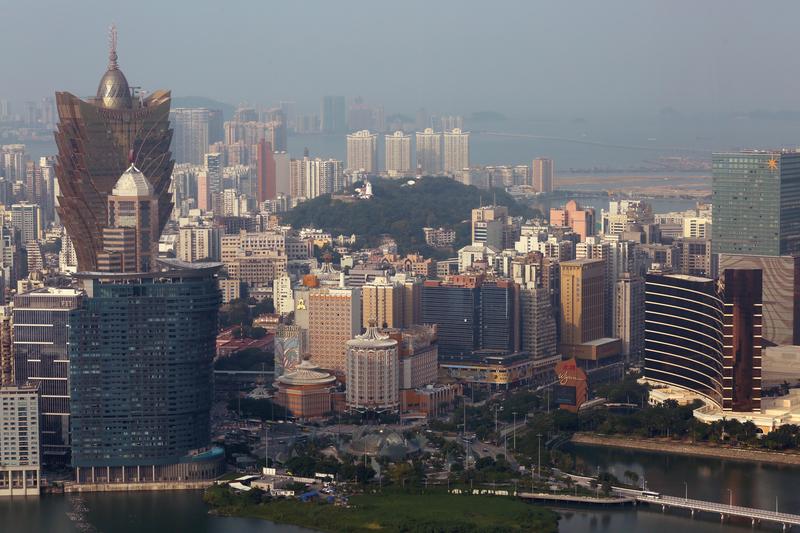 HONG KONG (Reuters) – Growing protests in the Asian financial center of Hong Kong are weighing on the neighboring Chinese territory of Macau as some visitors steer clear of the world’s biggest gambling hub, worried over transport disruptions and safety concerns.

Hong Kong, a former British colony, has suffered a wave of sometimes violent protests since June as initial opposition to a now-suspended extradition law evolved into a direct challenge to the government and calls for full democracy.

“When you have hundreds of flights canceled out of Hong Kong and some reluctance to travel, I do think that’s impacting the premium end of the business,” Matt Maddox, chief executive of Wynn Resorts, which runs two Macau casinos, said this week.Macau is an hour away by ferry from Hong Kong or a 30-minute drive from its international airport. Nearly a third of Macau’s visitors arrive by sea or a recently-built bridge.

The protests are hitting Macau’s gaming revenues just as it grapples with slowing economic growth in mainland China, which contributes the bulk of its gamblers, an escalating trade war between China and United States that is deterring VIP spenders and tighter government regulations.

Australia and the United States are among the nations that have raised travel advisories as Hong Kong reels from almost daily demonstrations that have spread across the city and occasionally hit a normally efficient transport network.

Casino executives and analysts said the protests were likely to affect gaming revenue for the next few weeks at least, in what is typically a busy period in the former Portuguese colony.

July’s fall of 3.5% in gaming revenues was sharper than analysts had anticipated.

Vitaly Umansky, an analyst at Sanford C. Bernstein, said not much could be done to deflect headwinds for gaming revenues, as Chinese visitors have canceled trips.

Macau’s Government Tourism Office told Reuters it was closely monitoring the situation and had told representatives to report on any plans and change of trips to Macau.

The government is urging tour groups to choose Macau as the first stop of their itinerary, paired with the coastal Chinese city of Zhuhai, rather than Hong Kong.

At Hong Kong’s Shun Tak Center, where travelers board ferries for Macau, tour groups said the protests had caused their business to drop 30 percent or more from previous months.

The area around Shun Tak in the district of Sheung Wan near Beijing’s representative office, has been a hotspot for protests with police firing tear gas to disperse demonstrators and forcing the center to close for safety reasons.

“We are worried about the social problems in Hong Kong, both the customers and us hope it can end soon,” said a worker at one ferry company, Cotai Jet. She gave only her surname, Lau.