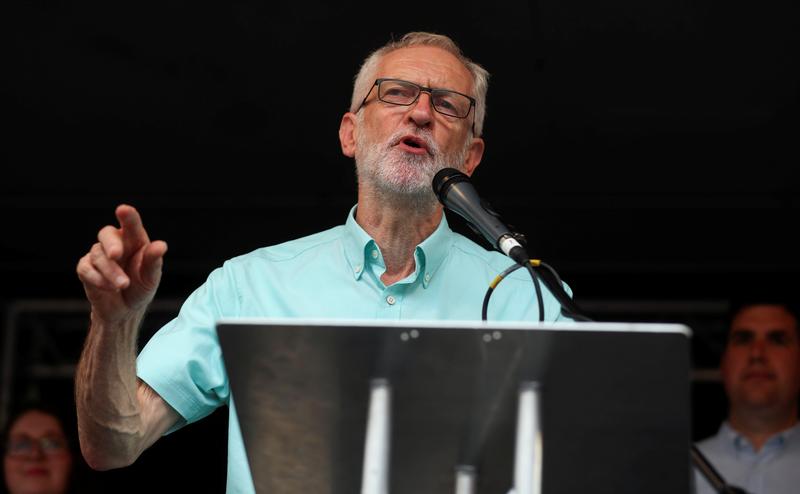 LONDON (Reuters) – Britain’s opposition Labour will do everything it can to prevent the country leaving the European Union without a deal, the party’s leader Jeremy Corbyn said on Sunday.

Boris Johnson took over as prime minister on Wednesday with a pledge to deliver Brexit by Oct. 31 “no ifs or buts” and the government is ramping up preparations for a “no-deal” exit.

Asked about the prospect of pushing for a no-confidence vote in the government, Corbyn said he would “look at the situation” when parliament returns from its summer break in September.