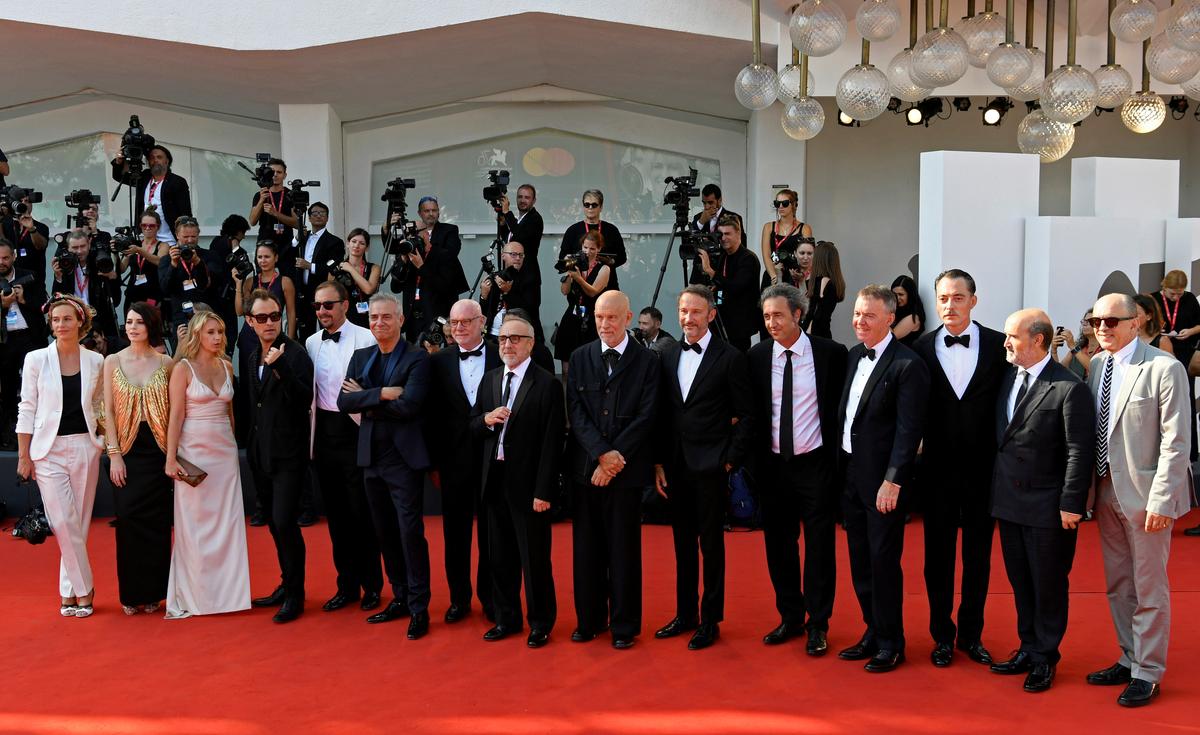 VENICE, Italy (Reuters) – Jude Law brought the follow-up to “The Young Pope” to the Venice Film Festival on Sunday, presenting a glimpse of his return in the Paolo Sorrentino-directed papal drama, which at one point sees him wearing just “a napkin”.

After Law’s character falls into a coma, the sophisticated John Brannox, played by Hollywood actor John Malkovich, is elected to the papal throne, taking the name John Paul III.

Two episodes out of the series’ nine screened at the festival, which runs until Saturday. A teaser trailer shows Law strolling down a beach wearing white swimwear and surrounded by women. He is mirrored by Malkovich, who walks through the Vatican in full papal garb.

“You’ll be surprised to know that those swimming trunks actually weren’t the smallest costume I got to wear,” Law told a news conference on Sunday.

“There’s actually one scene where I was wearing a napkin. I have a photo of it because it was truly the smallest costume I was ever given.”

In the drama, miracles appear to take place and both popes have to learn to co-exist.

“The main inducement was to work with Paolo Sorrentino,” Malkovich said of joining the project.

“The Vatican or even religious things in general are probably not a primary field of interest for me, but I thought he made it very interesting in the first series in a way that was quite unexpected and something with a very unique vision.”