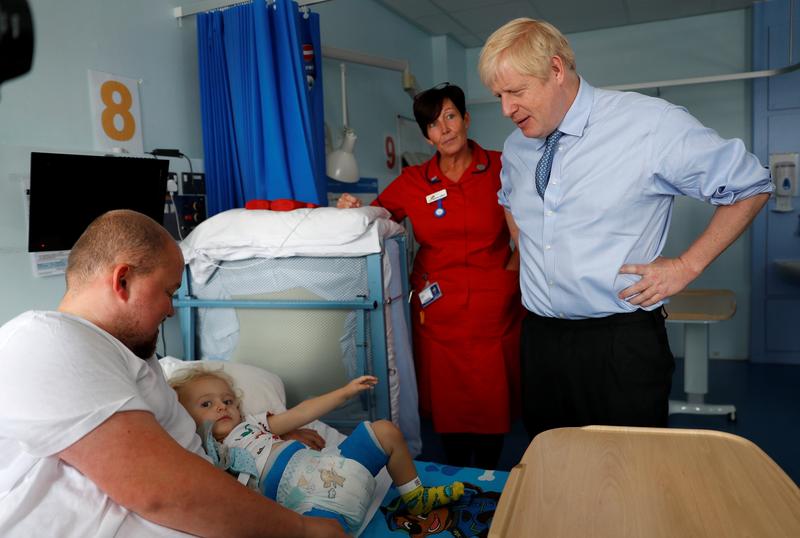 TRURO, England (Reuters) – Britons should get vaccinated against measles and ignore online “mumbo-jumbo” about dangers of the jabs, Prime Minister Boris Johnson said on Monday after a resurgence of the disease.

Britain has lost its “measles-free” status three years after the virus was eliminated and there were more than 230 new cases of measles recorded in the first quarter of 2019.

Johnson has called for a summit of social media companies to discuss how they could promote accurate information about the measles-mumps-rubella (MMR) vaccine, while his office said the National Health Service’s (NHS) website was being updated to address misleading online information about the dangers of jabs.

“The UK generally has a great record on fighting measles, but for the first time we’re suddenly going in the wrong direction,” Johnson said on a visit to a hospital in Truro, south-west England.

“I’m afraid people have just been listening to that superstitious mumbo-jumbo on the internet, all that anti-vax stuff, and thinking that the MMR vaccine is a bad idea. That’s wrong, please get your kids vaccinated.”

Johnson added that some parents were also complacent about making sure their children receive their second doses of the MMR vaccine.

Johnson’s office said that currently just 87% of children are getting their second dose of the jab, likely contributing to the spread of the disease. The government has a target of 95% of children to get both doses of the jab.