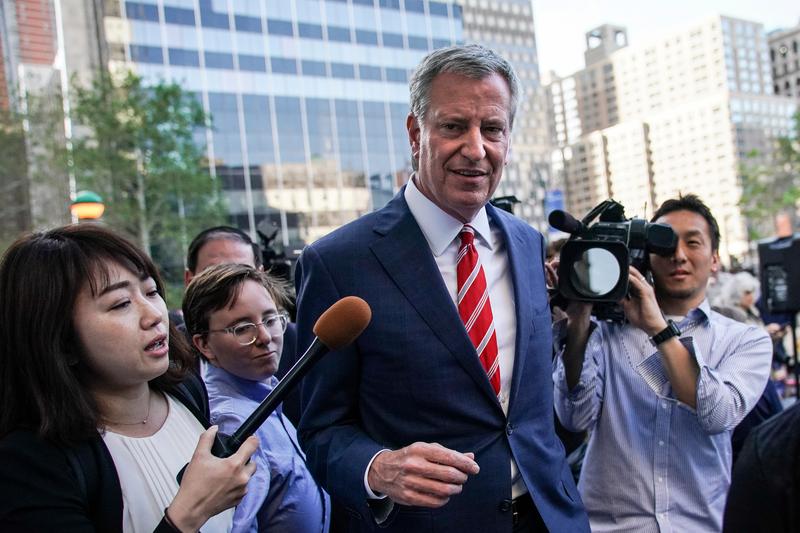 WASHINGTON (Reuters) – Former Vice President Joe Biden came under sharp criticism from some of his Democratic presidential rivals on Wednesday for remarks he made this week about his time working civilly with segregationists serving in the Senate in the 1970s.

U.S. Senator Cory Booker, who is also seeking the Democratic nomination, called on Biden to apologize.

“Frankly, I’m disappointed that he hasn’t issued an immediate apology for the pain his words are dredging up for many Americans. He should,” Booker, who is black, said in a statement.

In a crowded primary campaign that so far had been civil, Wednesday’s criticism exposed bubbling racial and generational tensions within the Democratic field that is the most diverse in history.

Biden’s campaign did not immediately respond to a request for comment on the criticism.

Biden, 76, is leading in early polls to take on Republican President Donald Trump in 2020.

At issue are Biden’s remarks at a New York City fundraiser for his presidential campaign on Tuesday night.

Biden said that U.S. leaders have lost the ability to work together. He pointed to two segregationists from the South who were serving in the Senate when Biden was elected – Democratic Senators James Eastland of Mississippi and Herman Talmadge of Georgia.

Eastland described black people as inferior and fought against efforts to desegregate the South. When Biden joined the U.S. Senate in 1973, he and Eastland, members of the same political party, served on the same committee.

“It’s past time for apologies or evolution from @JoeBiden,” de Blasio wrote on Twitter. “He repeatedly demonstrates that he is out of step with the values of the modern Democratic Party.”

De Blasio called out Biden for invoking Eastland, posting a photo of himself on Twitter with his wife, who is black, and his two multi-racial children.

“It’s 2019 & @JoeBiden is longing for the good old days of ‘civility’ typified by James Eastland. Eastland thought my multiracial family should be illegal & that whites were entitled to ‘the pursuit of dead n*ggers,’” de Blasio wrote on Twitter.

Booker also criticized Biden for his use of the word “boy” – a term that was frequently used by racists to demean black men.

While describing Eastland Biden said, “He never called me boy, he always called me son.”

Booker said it was inappropriate to “joke about calling black men boys.”

“Men like James O. Eastland used words like that, and the racist policies that accompanied them, to perpetuate white supremacy and strip black Americans of our very humanity,” Booker said in a statement.

“Vice President Biden’s relationships with proud segregationists are not the model for how we make America a safer and more inclusive place for black people, and for everyone,” Booker said.