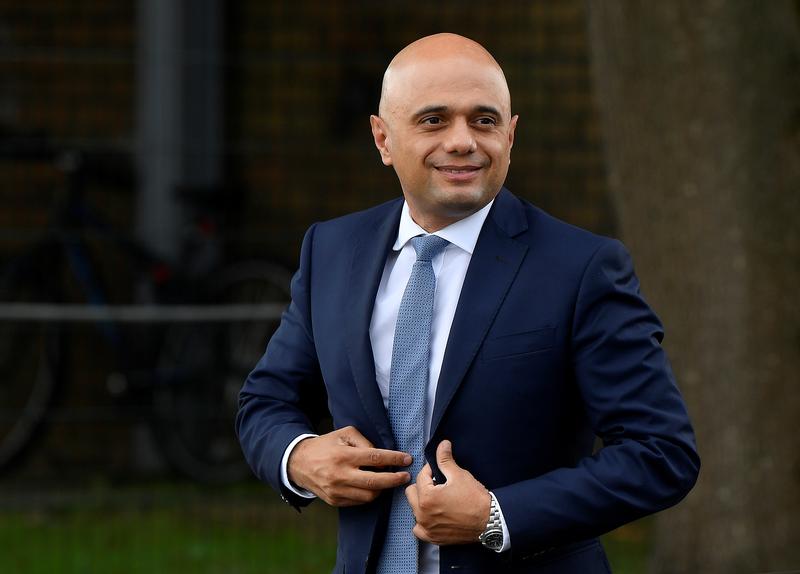 FILE PHOTO: Britain’s Chancellor of the Exchequer, Sajid Javid arrives at SGS College Filton, where Javid himself was a student, in Bristol, Britain, August 30, 2019. REUTERS/Toby Melville/Pool

LONDON (Reuters) – British finance minister Sajid Javid said he would respond on Wednesday to a call by lawmakers to stop issuing inflation-linked debt linked to an outdated price measure that give bondholders an annual 1 billion-pound ($1.2 billion) windfall.

The government’s response would be made at 0630 GMT on Sept. 4, Javid said in a letter sent on Monday to the chairman of the Economic Affairs Committee in the House of Lords.

In January, the committee said the government should issue bonds linked to consumer price inflation (CPI) rather than the older Retail Prices Index (RPI) which tends to give a higher reading of inflation, leading to higher payments to investors.

Many purchasers of index-linked bonds are insurers who want income to pay private pensions that are linked to RPI.

Since 2013, the UK Statistics Authority has said RPI fails to meet adequate quality standards and the public should use another measure such as CPI or CPIH, which includes housing costs.

However, RPI remains widely used, both as the benchmark for inflation-linked government bonds as well as for setting annual increases in rail fares, student loan repayments and some taxes.