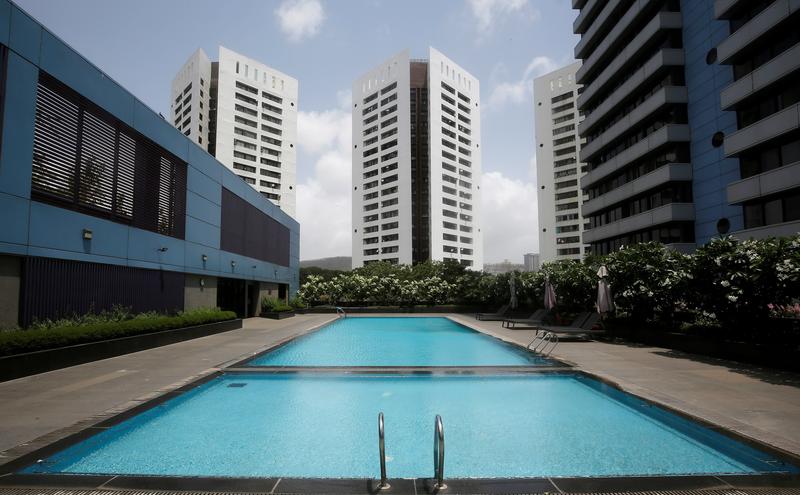 BENGALURU (Reuters) – When Arkesh Mishra, 33, and his wife Anasuya scouted for a new home in India’s tech hub of Bengaluru this year it was not the old real estate adage of “location, location, location” that was their main consideration – it was “peace of mind”.

As Bengaluru, and several other Indian megacities with aging or inadequate infrastructure, struggle to tackle issues such as air pollution, congestion and water shortages, builders are looking to woo millennials with homes in upmarket gated-communities that offer open green spaces, drinkable tap water and amenities that range from smart-home connectivity to oxygen generators.

“Both my wife and I work and we need to have a place to come back to where we love living. The government’s not been able to provide these facilities, which is why we are paying for them,” said Mishra, a human resources lead for a large multinational.

“For our generation, these are important. I want to have the option of going for a jog, or a swim without having to deal with traffic, noise or worry about safety issues,” said Mishra, whose gated-community boasts a tree grove, an art street and an open air cinema, among other features.

Property developers are increasingly willing to indulge and attract buyers in a slow real estate market dented by a liquidity crunch in the shadow-banking sector and bad debt woes at state-run banks. An inventory glut has pressured margins in a sector where double-digit price rises were the norm for more than a decade.

“In a market where people are struggling, your product sells because you have added these amenities that people seek – this is what is selling properties,” said Anand Narayanan, chief operating officer at builder Puravankara Ltd.

Big builders across the country, including DLF Ltd (DLF.NS), Godrej Properties (GODR.NS), Oberoi Realty (OEBO.NS) and Brigade Enterprises (BRIG.NS), are selling the promise of better living as they vie for the attention of the growing urban middle-class.

Properties in New Delhi, which regularly features among the most polluted cities in the world, hook buyers with the promise of greenery and better air in apartments and clubhouses thanks to oxygen generators, while those in the densely populated financial capital of Mumbai advertise jogging tracks and serene surroundings with green communal spaces.

The apartments are costly by Indian standards and typically run upward of 10 million rupees ($143,000), but builders say aspirational thirtysomething Indians working with big companies are more ready to pay for such amenities than older generations.

“Buyers today are better traveled and are more aware of what they deserve in terms of amenities,” said Pavitra Shankar, an executive director with Brigade Enterprises.

The demand for such features is leading to a massive boom for companies such Magneto Clean Tech, which has seen its sales rise 200% in the last year, said Himanshu Agarwal, who heads the Delhi-based firm that supplies clean air systems to residential and office property developers. Magneto counts Boeing, Apple and Uber among its clients.

“We worked with a developer, in the outskirts of Delhi, who was struggling with 40% unsold inventory. They used our systems and they’ve cleared out all stock. This happened in the past six months,” said Agarwal, who declined to name the developer due to customer confidentiality reasons.

And developers are being forced to often invest in these at the expense of profit margins.

Data from global property consultant Knight Frank shows that the number of new homes had gone up more than four times to 17,151 units in Mumbai in the fourth quarter of 2018, compared with a year earlier, while average selling prices fell nearly 7 percent. In Delhi and its suburbs prices rose about 1 percent, but inventory additions far outstripped price rises.

Anarock property consultant chairman Anuj Puri estimates developers today make do with profit margins of around 8-12%, down from 25-30% margins three to four years ago.

“It is very much a buyers’ market and a lot of the amenities are being put in by builders from their margin of profit,” said Ashok Mohanani, chairman of Mumbai-based developer Ekta World.