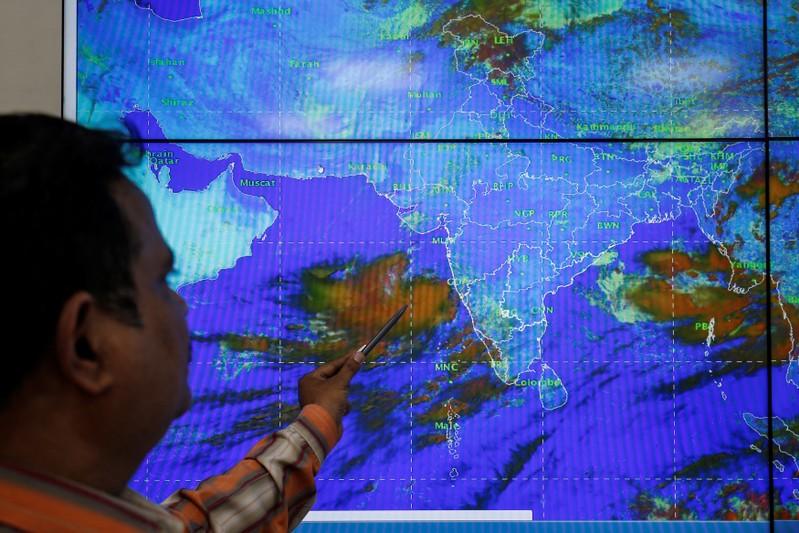 MUMBAI (Reuters) – India evacuated hundreds of thousands of people to shelters along the coast in its western state of Gujarat as a cyclone gathering intensity over the Arabian Sea was expected to hit land on Thursday.

Weather officials said Cyclone Vayu, with wind speeds equivalent to those of a Category 1 hurricane, is set to cross the coast with sustained wind speeds of 145 kph to 155 kph (90 mph to 96 mph), and could gust as high as 170 kph (106 mph).

The state government said it had begun moving about 300,000 people from the most vulnerable areas into shelters.

The state’s chief minister, Vijay Rupani, has asked India’s military and its National Disaster Response Force for help with rescue and relief efforts if the cyclone causes widespread damage and disruption.

The federal home minister, Amit Shah, also urged officials to ensure swift restoration of utilities such as power, telecoms and drinking water if they are disrupted by the cyclone.

The India Meteorological Department (IMD) warned the cyclone could hold up the progress of annual monsoon rains, as the storm drew rain clouds from over the sea.

The monsoon was already about a week late in arriving at Kerala on the southern coast this year, and much of the country has broiled in a summer heatwave in recent weeks.

Gujarat is also home to large refineries and sea ports near the storm’s path.

India’s biggest oil refinery, owned by Reliance Industries, is in Gujarat, though a company official said the cyclone was expected to weaken by the time it reached the Jamnagar-based refinery.

“But in case the course changes or intensifies, the refinery is ready for any contingency,” he added, declining to be identified as he was not authorized to speak to the media.

Sikka Ports and Terminals Ltd, which handles crude oil and refined products for Reliance Industries Ltd, halted vessel berthing at a western port on Wednesday over a cyclone warning, according to a port notice.

Adani Ports and Special Economic Zone Ltd is preparing to move employees at two ports it runs to safer areas, a spokesman said.

“Our Mundra and Tuna ports will be closest to the path,” he added. “All the necessary precautions are being put in place.”

Nayara Energy, owned by a consortium led by Russia’s Rosneft, said it was monitoring the situation and also taking precautionary measures at its Gujarat refinery.

In May, Cyclone Fani, the equivalent of a Category 4 hurricane, killed at least 34 people on India’s eastern coast, destroying houses and ripping off roofs.

Authorities had evacuated more than 1.2 million people in advance of the storm, after an even more powerful cyclone in 1999 killed about 10,000 people and caused damage running into billions of dollars.