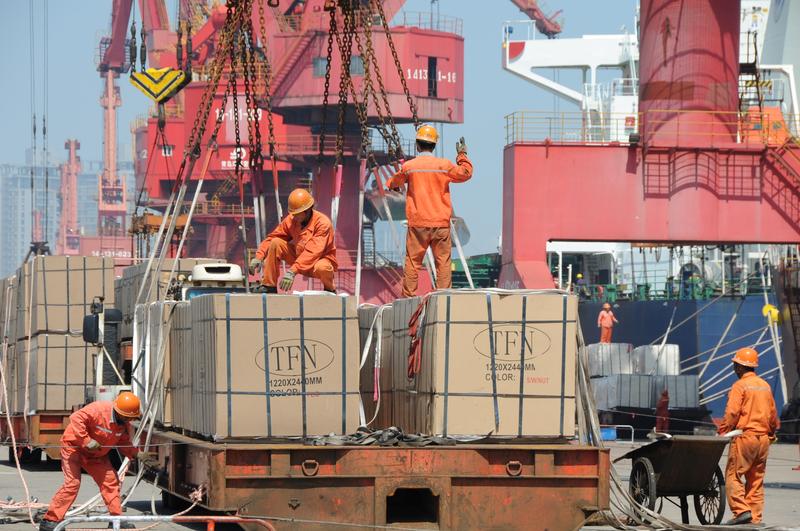 FILE PHOTO: Workers load goods for export onto a crane at a port in Lianyungang, Jiangsu province, China June 7, 2019. REUTERS/Stringer

WASHINGTON (Reuters) – The International Monetary Fund on Friday stood by its assessment that China’s yuan valuation was largely in line with economic fundamentals, but an IMF official said the fund was encouraging China to pursue a more flexible exchange rate with less intervention.

James Daniel, director of the IMF’s China department, said that an assessment of China’s economic policies found the yuan exchange rate in 2018 to be “not significantly over-valued or under-valued.”

The IMF’s views on the yuan are at odds with those of its largest shareholder, the United States, which this week declared China a “currency manipulator” after it allowed the yuan to slip below 7 to the dollar.

U.S. Treasury Secretary Steven Mnuchin is seeking to engage the IMF to help “correct” an unfair trade advantage from Beijing’s currency actions, but Daniel declined to say how the IMF was responding to the request.

“Our discussions with the U.S. Treasury are ongoing on a range of issues,” Daniel told reporters on a conference call, echoing an earlier statement from an IMF spokesperson.

The IMF said in the report that a worsening of trade tensions with the United States could put China’s economic and financial stability at risk, making new fiscal stimulus measures from the government warranted.