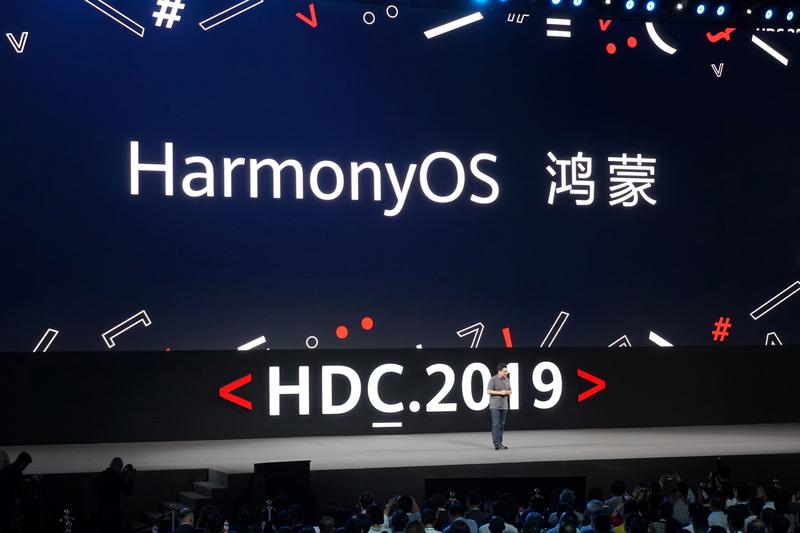 DONGGUAN, China/HONG KONG (Reuters) – Huawei Technologies unveiled on Friday its proprietary operating system for smartphones and other devices, as U.S. trade restrictions imposed in May threaten to cut the Chinese firm’s access to U.S. technologies such as Android.

Huawei said that for now it would stick to using Google’s Android for smartphones, and the new software will be gradually rolled out to support devices such as smartwatches, speakers and virtual reality gadgets.

The new OS is part of Huawei’s attempt to develop its own technologies from chips to software to reduce its reliance on U.S. firms amid an intensifying U.S.-China trade war.

President Donald Trump said on Friday that the United States was not going to do business with Huawei but that could change if there was a trade deal.

Huawei had previously given little information about the software, fueling speculation about how quickly or effectively it could find an alternative to the Android system.

“You can develop your apps once, then flexibly deploy them across a range of different devices,” he told a developers’ conference held in Dongguan in southern China, where Huawei has built a lavish new campus modeled on European towns.

President Trump’s administration has warned that Huawei could be a vehicle for Chinese espionage and put the company on a so-called “entity list”, meaning that U.S. corporations that conduct business with the telecoms giant now require special licenses to do so.

Huawei’s Yu said the company has no updated knowledge on whether it can continue to use Android.

Huawei is not the first major tech company seeking to develop a robust ecosystem around its own software. Its bigger rival Samsung Electronics (005930.KS) has been using its own operating system called Tizen in smartwatches and televisions.

But attempts by the South Korean firm to grow Tizen to challenge Android in smartphones have been thwarted by lack of support from developers.

Marko Yang, an investor in developer studios who attended the conference, however, said he believed the size of the Chinese market would help Huawei overcome such a problem. Huawei says there are more than 800,000 developers in its product ecosystem.

“The Chinese market is huge, there are many users and they have many demands, and solving their demands will result in many apps, products, and when this happens it will, from the periphery, create a core ecosystem, and the Chinese market will go on to spur the overseas market,” Yang said.

Yu also said in order to attract developers, it was willing to cut its fee intake from app developers working for Harmony to as low as 10%-15%. Apple and Google take a 30% cut for revenue generated through their app stores.

Zhang Ping’an, president of Huawei consumer cloud service, told a briefing with Chinese media that Huawei plans to invest $1 billion to support developers, and 80% of that would be spent overseas. Huawei confirmed his comment to Reuters and said the timeframe is within 5 years.

A new “smart screen”, or connected television product, to be unveiled on Saturday will be the first product using Harmony, called Hongmeng in Chinese, Huawei said. It also has roll-out plans for the OS in other devices till 2022.

Yu said Harmony will be open source and aims to be safer and more efficient than existing ones in the market.

NOT AN ANDROID RIVAL

More than 4,000 Huawei developers have been working on Harmony, according to Yu. People familiar with its development at Huawei said Harmony was not being developed to rival Android, but was more like Google’s Fuchsia – an open source OS being developed at the American firm for gadgets that could include everything from smartphones to Internet-of-Things devices.

Yu mentioned Google’s Fuchsia multiple times during his speech, which was made to thousands of attendees in a basketball stadium in the city. VIP tickets for the conference were priced upwards of 4,298 yuan ($608.90).

He also said it would be difficult for Huawei to meet its previous goal of becoming the world’s biggest smartphone maker by shipments this year due to the U.S. curbs imposed in May, but expects to be able to keep the No.2 spot.

The company would have been able to ship 300 million smartphones this year without such restrictions. It shipped 118 million units in the first-half.