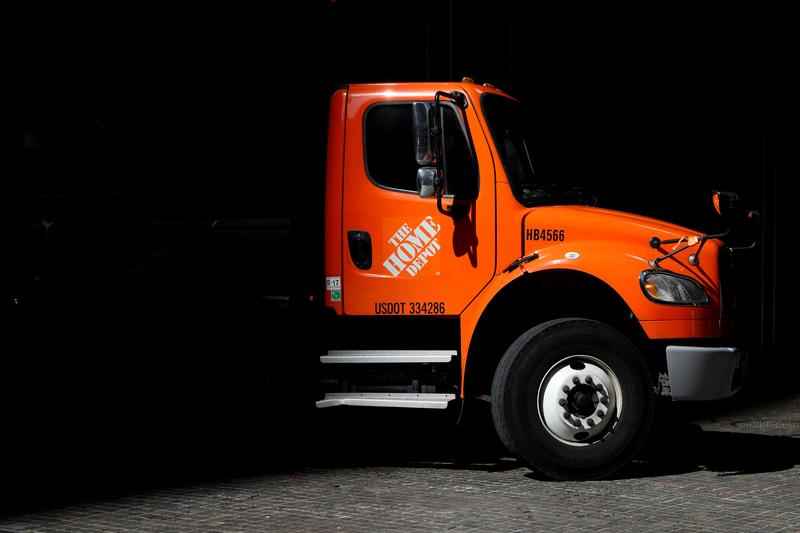 The home improvement chain, which has distanced itself from co-founder Bernie Marcus’ support for Trump’s re-election campaign, blamed the impact of the trade dispute as well as a continued slump in lumber prices for a cut in its full-year sales forecast.

Still, the company’s shares were up 4.4% at $217.11 by midday as investors shrugged off the warning, which analysts said was largely expected.

The United States’ proposed tariffs on an additional $300 billion worth of goods have sent jitters through Wall Street, with companies warning that prices for U.S. shoppers could rise, potentially hurting demand.

Home Depot estimated the proposed 10% levies, currently scheduled to go into effect on Sept. 1 and Dec. 15, along with the 25% tariffs already in effect, could raise its cost of sales by $2 billion – about 2% of its annual sales.

“We will work with each of our suppliers in negotiating that tariff cost, and my suspicion is, at the end of the day, it won’t be quite that much,” outgoing Chief Financial officer Carol Tome told Reuters.

Wall Street analysts said the impact from the latest round of tariffs on earnings is more likely to come from a hit to consumer demand rather than an increase in expenses.

“A tariff is a tax and not knowing how the consumer is going to react to that is probably prudent given the environment we’re in right now,” Gordon Haskett analyst Chuck Grom said.

“It’s more of the impact on Home Depot’s consumer spending than expenses.”

However, the company recorded a bigger-than-expected profit in the second quarter, selling more products to professional customers such as electricians, plumbers and builders who typically make larger, more frequent purchases.

The Atlanta-based chain, which is looking to broaden its business beyond its core “do-it-yourself” customers, said its average bill amount rose 1.7% to $67.3 in the reported quarter.

Lumber prices, however, continue to weigh on the company’s sales as roughly 8% of its revenue comes from sales of the commodity.

Lumber futures LBc1 have fallen about 16% since their 2019 highs in early February as land and labor shortages have constrained builders’ ability to construct new houses, creating a supply glut for the key building material.

That prompted Home Depot to cut its full-year same-store sales growth forecast as well to 4% from 5%.

Reporting by Uday Sampath in Bengaluru; Editing by Shinjini Ganguli and Saumyadeb Chakrabarty