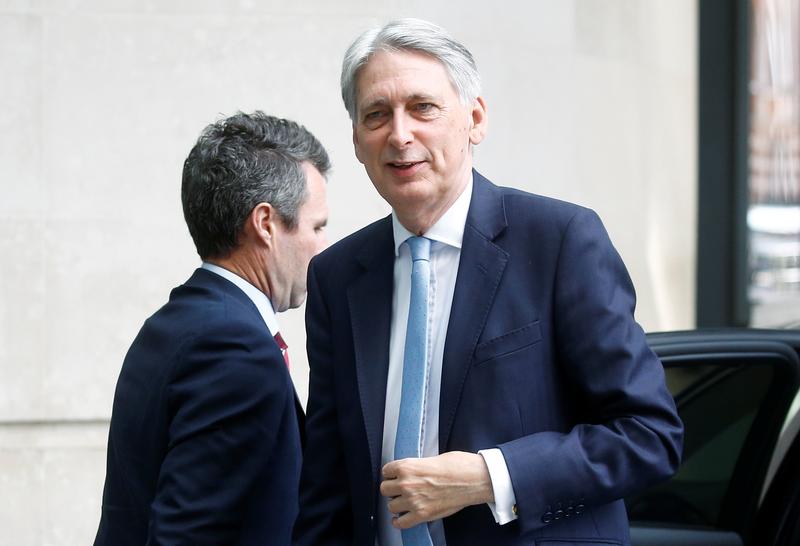 LONDON (Reuters) – Former Chancellor Philip Hammond, who quit the government last week before Boris Johnson took over as prime minister, has held secret talks with the opposition Labour Party about how to stop a no-deal Brexit, a newspaper said.

Hammond, who has long opposed leaving the European Union without a transition deal to soften the economic shock, met Labour’s top Brexit official, Kier Starmer, shortly after he quit the government, the Observer said.

The newspaper said Hammond and Starmer agreed to work with other senior lawmakers including former Conservative minister Oliver Letwin to thrash out how best to use parliamentary votes to torpedo a no-deal outcome.

“The political direction of travel under Boris Johnson is clear,” Starmer told the newspaper. “And so it is more important than ever that we build a strong cross-party alliance to stop a no-deal Brexit.”

Johnson has said he wants to strike a new Brexit deal with the EU but is prepared to take Britain out of the bloc without one on Oct. 31, if necessary.

He has also said he would not take off the table the possibility of suspending parliament if lawmakers threatened to block a no-deal Brexit.