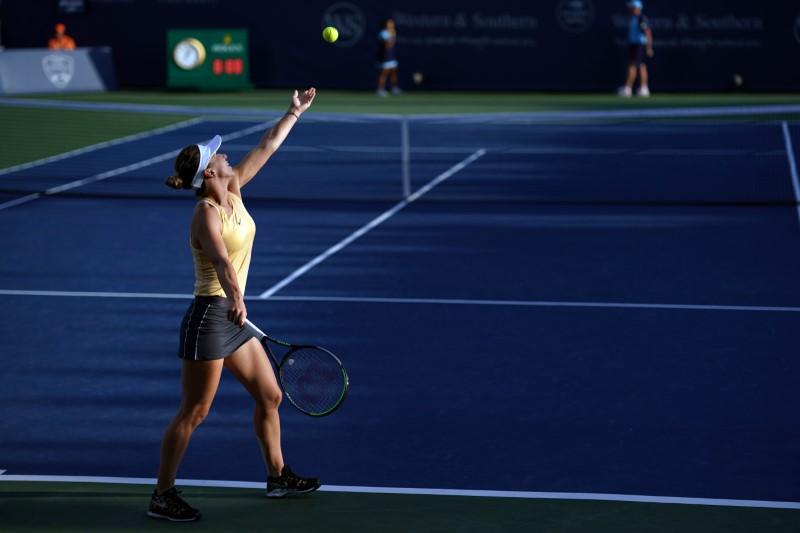 The Romanian fourth seed, who fell at the first hurdle in New York the last two years, looked to be heading for yet another early exit but came out firing after losing the second set to Gibbs.

“But then I just refreshed my mind and tried to push her back and come forward a little more.”

The 135th-ranked Gibbs had six set points while serving at 5-2 in the second but Halep coolly turned each one aside before winning the game only for her opponent to break right back and force a decider.

Halep then perked up as she opened the third set with a break and raced out to a commanding 5-1 lead that proved too big a hole for Gibbs, who failed to qualify for the U.S. Open but entered the main draw after other participants withdrew.

“Am I allowed to dream big again for this tournament?” said Halep, who reached the semi-finals here in 2015 and quarter-finals in 2016 before two consecutive first-round exits.

Up next for Halep, who is vying to become the first woman since Serena Williams in 2012 to follow a Wimbledon win with a U.S. Open triumph, will be American qualifier Taylor Townsend.