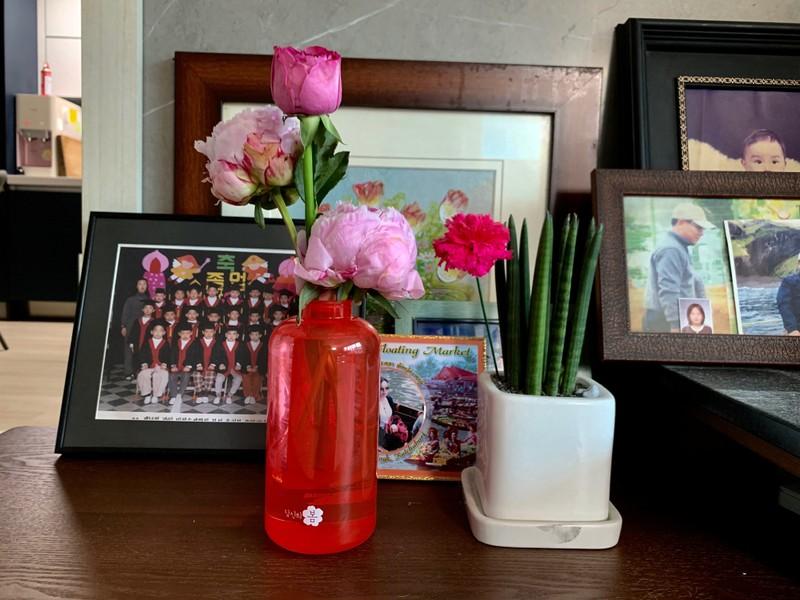 SEOUL, (Reuters) – In a panic after a fire has broken out and can’t remember where the fire extinguisher is, let alone how to use it?

Worry no more. Now you can simply pick up a vase and throw it to douse the flames.

When the vase is hurled at a blaze and shatters, 770ml of the liquid is released to put out the fire.

The vase itself is made of polyvinyl chloride (PVC) to reduce the danger of the fragments causing harm.

And, yes, it can also be used for a small bunch of flowers.

“At the early stage of fire-fighting, a fire extinguisher is equivalent to one fire engine,” said Hwang Seong-phil, associate creative director at Cheil Worldwide.

“However, people don’t remember where they put it and cannot find it when they need. So we came up with the idea of making a fire extinguisher which people can always keep handy in the home.”

Roughly 60% of fire fatalities in South Korea in the decade to 2017 occurred in homes, according to the National Fire Agency, accounting for about 2,000 deaths in total.

Though it is mandatory to have a fire extinguisher and a smoke detector installed in homes, the agency reported that only 49% of residents actually own an extinguisher.

A throwable fire extinguisher that looks like a flower vase is seen in Seoul, South Korea June 13, 2019. Picture taken on June 13, 2019. REUTERS/Minwoo Park

In 2018, Cheil Worldwide and Samsung Fire & Marine Insurance manufactured and distributed 110,000 firevases to their clients. They are planning to give out another 100,000 this year.

Park Gi-jong, 62, who has just got his vase, said he was reassured to have it in his terraced house and office building.

“Anyone can just throw it,” he said. “Even if I am not around, my wife or my children can take some action right away.”