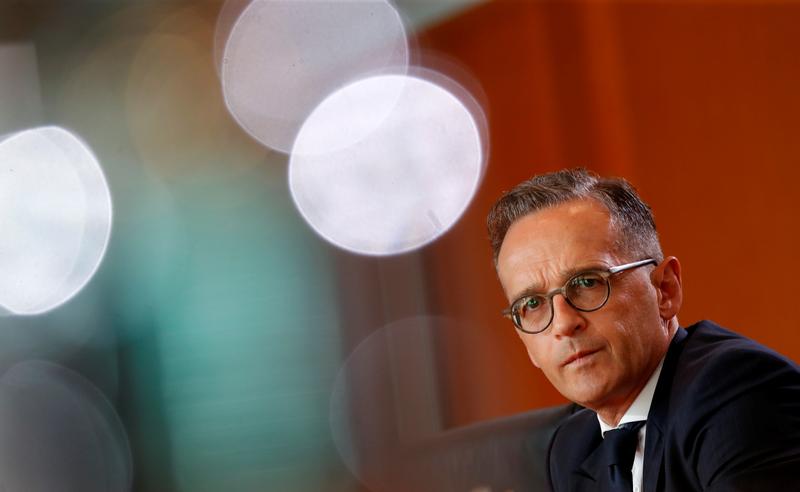 BERLIN (Reuters) – Germany urged the United States and Russia on Thursday to preserve what is left of the international arms control framework, a day before the Intermediate-range Nuclear Forces Treaty (INF) is set to run out.

In a statement, Foreign Minister Heiko Maas suggested Moscow was to blame for the expiration of the INF treaty, a landmark agreement of Cold War-era arms control signed by Soviet leader Mikhail Gorbachev and U.S. President Ronald Reagan in 1987.

“…We regret that Russia failed to do what was necessary to save the INF treaty,” Maas said in the statement.

By banning medium-range land-based missiles, which are capable of reaching Russia from Western Europe and vice versa, the treaty aimed to avert an arms race on the continent.

The United States announced last year it was withdrawing from the pact, accusing Russia of failing to comply with it. Moscow denies it has violated the treaty and says Washington is withdrawing because it wants to pursue a new arms race.

“With the end of the INF treaty, Europe is losing part of its security,” Maas said. “I am convinced that today we must again succeed in agreeing rules on disarmament and arms control in order to prevent a new nuclear arms race.”

He urged Moscow and Washington to do more to preserve the 2010 New START treaty, which limits strategic nuclear missiles.