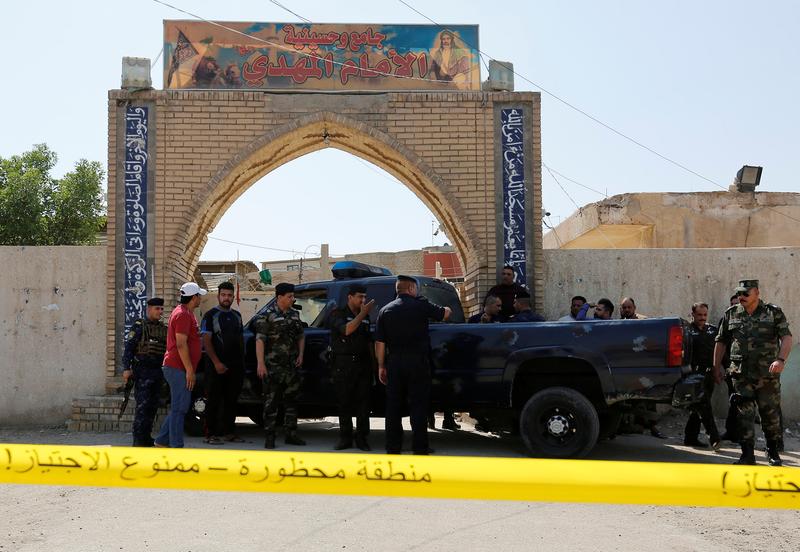 Police tape cordon is seen at the site of a bomb attack at a Shi’ite Muslim mosque in the Baladiyat neighbourhood of Baghdad, Iraq June 21, 2019. REUTERS/Khalid Al-Mousily

Police sources said on Friday a suicide belt or improvised explosive device had been used in the attack in the Baladiyat neighbourhood, for which there was no immediate claim of responsibility.

The toll was initially put at seven dead and more than 20 wounded. But police and other security sources said on Saturday the attackers had leaked false news of casualties through witnesses that police relied on for their reports.

An investigation had been launched, they said.

It was a rare attack on a Shi’ite place of worship in the Iraqi capital.

Sunni extremists carried out high-profile bombings of Iraqi Shi’ite sites during the worst of the country’s sectarian violence after the U.S. invasion that toppled dictator Saddam Hussein in 2003.

Baghdad’s security improved significantly with the defeat of Islamic State in 2017 and bomb attacks of any kind in the city have been rare since then.