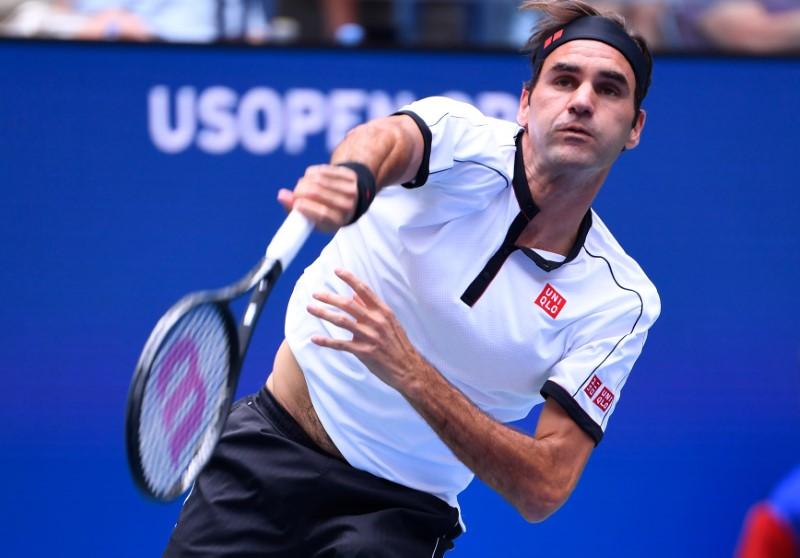 NEW YORK (Reuters) – Roger Federer has not yet decided if he will compete at next year’s Tokyo Olympics and said on Sunday at the U.S. Open that eligibility, his health and family will all factor into his decision.

The tennis event at the Olympics will begin two weeks after Wimbledon and Federer said it is simply too soon to decide if he will chase a singles gold medal, which is the only major prize the 20-times Grand Slam champion has yet to win.

“I don’t know if I’m going to be playing there just because it’s still a year away,” Federer said after beating David Goffin to reach the U.S. Open quarter-finals.

“Even though the time is slowly coming around for me, in my mind, my team, my family, to find out what’s the best schedule after Wimbledon next year.”

“Needless to say, the Olympics, the ones I played, have always been very memorable, either with carrying the flag, meeting my wife in 2000, winning gold, winning silver,” said Federer. “Naturally it’s always going to be a possibility for me to play Tokyo if there is an exemption.

“I don’t know if I’m actually going to do it or not because it all depends on family, on scheduling, on body, on future. I don’t know. We’ll see.”