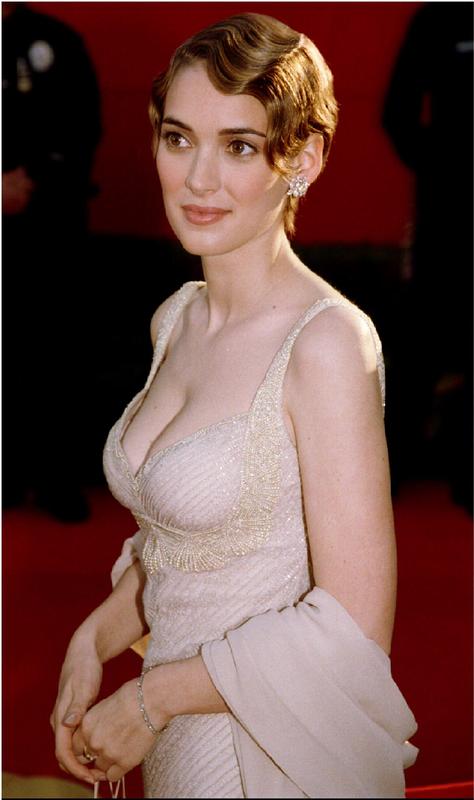 NEW YORK (Reuters) – For fashion designers having a major celebrity wear their clothing can immediately launch them into the limelight.

FILE PHOTO: Actress Winona Ryder arrives at the Dorothy Chandler Pavillion prior to the start of the 68th Academy Awards telecast in LosAngeles, March 25. Ryder was a presenter on the show. OSCARS

The big break for Badgley Mischka almost did not happen after the brand’s designers spent their savings on a peach lace gown that Winona Ryder wore to the Academy Awards in 1996.

“It was a white lace dress the night before the Oscars and she wanted it to be blush colored. So, James and I had to dip-dye it in the kitchen sink,” Mark Badgley said, recounting the drama with partner James Mischka.

The dress shrank six inches, forcing the designers to come up with a creative solution.

“We bought a first-class ticket to Los Angeles, first class for the gown, and we tied 22 Campbell’s soup cans around the hem. And by the time it got to L.A. that night it had stretched out and she wore it. It was beautiful on her,” Badgley said.

LaQuan Smith fondly remembered how singer Lady Gaga changed the trajectory of his brand in 2010 by wearing his racy 3-D mesh leggings.

“Then Rihanna one month later pops up in the catsuit in the ‘Rude Boy’ video,” he said of his gold lame design. “And it was just like (a) domino effect.”

Japanese designer Tadashi Shoji became a household name after actress Octavia Spencer won her 2013 Oscar wearing one of his gowns, and Michelle Obama wore several of his items while in the White House.

“I’m an immigrant from Japan and American First Lady is wearing my dress. It’s kind of a dream,” he said.

Obama was also a ‘game changer’ in 2012 for Caroline Herrera’s creative director Wes Gordon, who said it was “so, so exciting and incredible and surreal.”

Naeem Khan apprenticed for legendary designer Halston in the late 1970s, working with some of Hollywood’s biggest stars including Liza Minnelli when he was just 18.

“She was my first ever glamor experience,” Khan said.

Princess Diana was Irish designer Paul Costelloe’s first celebrity patron, wearing his designs from 1982 until she died in 1997. “She was a wonderful ambassador for the brand,” he said, recounting trying garments on her in Kensington Palace.

Princess Caroline of Monaco helped to launch shoe designer Christian Louboutin’s career by stepping into his first store in November 1991.

“I used to call her my second fairy, because … she had a huge impact,” he said.