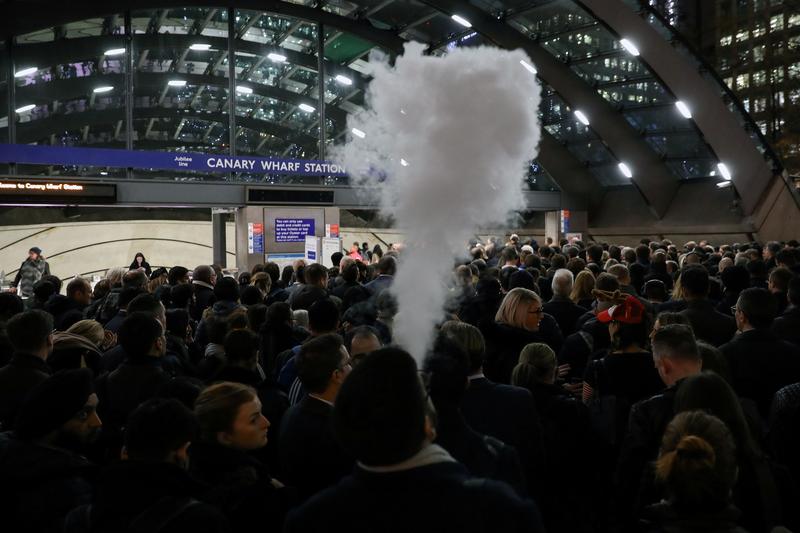 LONDON (Reuters) – More than half of UK smokers now wrongly believe that nicotine-containing “vapes” or e-cigarettes are as dangerous as tobacco cigarettes and these “false fears” are preventing smokers from switching, public health experts said on Wednesday.

In a report commissioned by the UK health agency Public Health England (PHE), scientists at King’s College London said the mistaken belief that e-cigarettes are more harmful than smoking had gained ground rapidly following thousands of reported cases of lung injury in the United States in late 2019.

But the belief is “out of line” with expert reviews from Britain and the United States concluding that using regulated nicotine vaping products is far less harmful than smoking, they said.

The report, the sixth by PHE on the issue of e-cigarettes, is likely to deepen divisions in opinion about the potential risks of the products.

The U.S. Centers for Disease Control and Prevention said last month it had recorded more than 2,800 cases of lung injury linked to vaping.

“It is concerning to see how much the U.S. lung disease outbreak has affected smokers’ views on e-cigarettes here in the UK,” said John Newton, director of health improvement at PHE.

“Safety fears may well be deterring many smokers from switching, leaving them on a path to years of ill health and an early death due to their smoking,” he said.

Health authorities in the United States have said that vitamin E acetate, a thickening agent added to cannabis vaping products, is the likely primary cause of the U.S. outbreak.

The substance is banned from UK-regulated nicotine vapes and e-cigarettes.

The PHE report reiterated the agency’s view that “e-cigarettes are much less harmful than tobacco but are not completely safe”.

“They contain significantly less harmful chemicals which cause diseases related to smoking but the long-term impact of using e-cigarettes will remain unknown for some time,” PHE said in a summary of the report.

It added that any British move to ban the use of flavors in regulated vaping products, as the U.S. and other countries have done, would deter smokers from switching and would “ultimately cost lives”.

The U.S. government has proposed a sweeping ban on all e-cigarette and vaping flavours that are seen as attracting young users to the products.