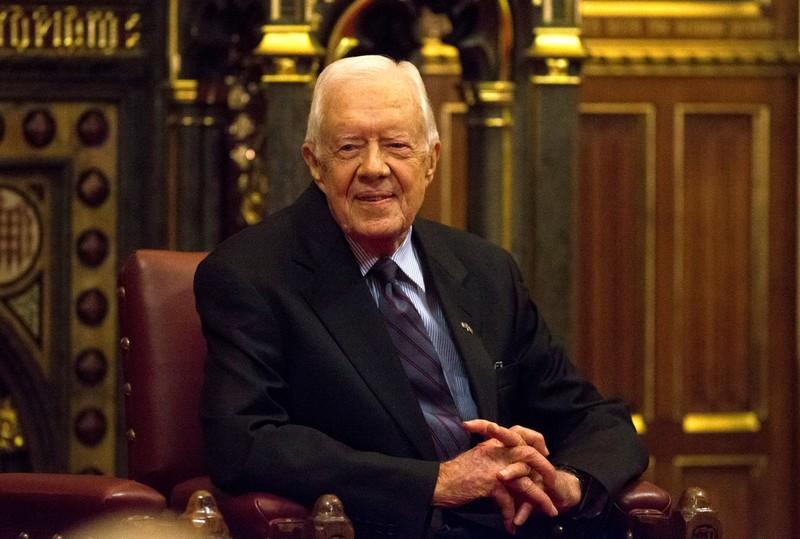 WSB-TV streamed Carter’s lecture, showing the 94-year-old ex-president smiling and talking while seated in a white cushioned chair at the podium.

He was released from the hospital on May 16 after falling and breaking his hip as he was preparing to leave for a turkey-hunting trip, the Carter Center said at the time.

Carter has lived longer after leaving the White House than any former president in U.S. history.

Carter was governor of Georgia before being elected president in 1976. He was defeated in his re-election bid by Republican Ronald Reagan in 1980. He won the Nobel Peace Prize in 2002 for his work on international conflicts, human rights and economic development.