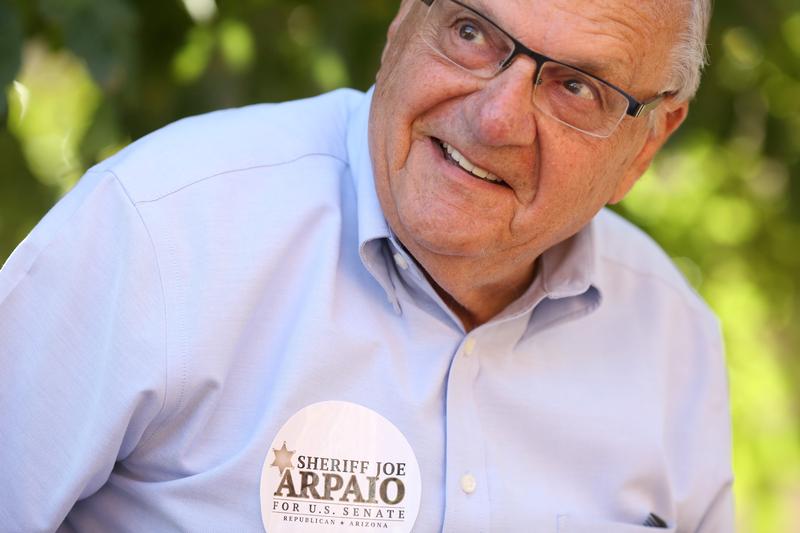 PHOENIX (Reuters) – Joe Arpaio, the former Arizona sheriff who built a national reputation as a staunch foe of illegal immigration, announced on Sunday – the anniversary of his pardon by President Donald Trump – that he will see re-election to his old job next year.

Arpaio, 87, a Republican who was voted out of office in 2016 after a 24-year tenure as Maricopa County’s longest-serving sheriff, said he will seek his party’s nomination for the post again in the Aug. 4, 2020 primary, running against his onetime chief deputy, Gerard Sheridan.

The winner of that primary will likely face the man who defeated Arpaio in 2016, the current incumbent sheriff, Democrat Paul Penzone, in the November 2020 general election.

Arpaio lost a Republican primary bid in 2018 for the U.S. Senate seat in Arizona vacated by the retirement of fellow Republican Jeff Flake, a frequent critic of Trump.

During his stint as the top elected lawman in Arizona’s largest county, Arpaio branded himself as “America’s Toughest Sheriff” as he oversaw roundups of suspected illegal immigrants, reinstituted chain gangs, erected tent cities to house prisoners and forced inmates to wear pink.

But a federal judge cited him for criminal contempt in 2017, ruling that Arpaio had defied a 2011 court order barring his deputies from detaining Latinos solely on the suspicion that they were in the country illegally.

But Trump, who had carried Arizona by 5 percentage points in his 2016 presidential election, pardoned Arpaio on Aug. 25, 2017, before he could be sentenced.

Still, the former sheriff ended up with less than 20 percent of the vote to finish third in the 2018 Senate primary race, trailing former state Senator Kelli Ward and then-U.S. Representative Martha McSally, who finished first.

McSally went on to lose in the general election to Democrat Kyrsten Sinema but was later appointed by Republican Governor Doug Ducey to fill the Arizona Senate seat once held by the late John McCain and then vacated when his interim successor, Jon Kyl resigned.

Announcing his latest bid for office, Arpaio vowed if re-elected to bring back his tent-city and other “popular jail policies,” as well as to return his controversial volunteer “posse” to its former strength.

He also said he would “continue to enforce all Arizona laws that deal with drug trafficking, sex trafficking and other crimes associated with the border and illegal immigration.”

Reporting by David Schwartz in Phoenix; Writing and additional reporting by Steve Gorman in Los Angeles; editing by Darren Schuettler