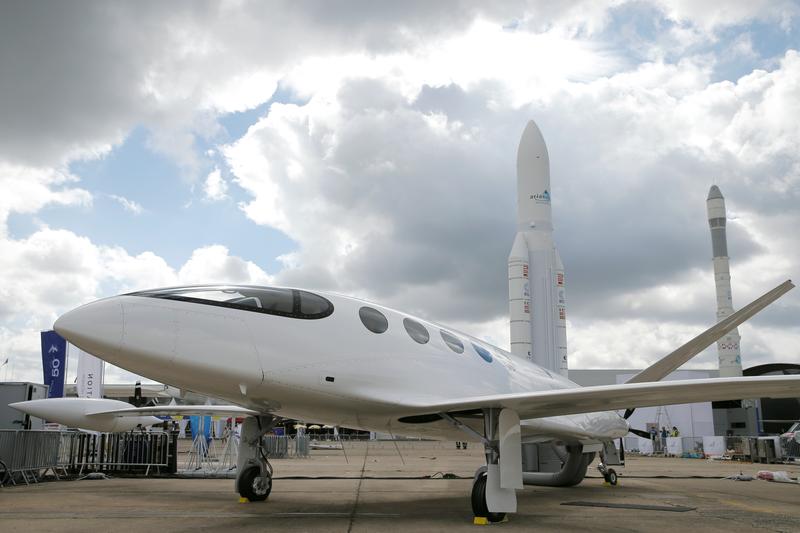 Israeli Eviation Alice electric aircraft is seen on static display, at the eve of the opening of the 53rd International Paris Air Show at Le Bourget Airport near Paris, France, June 16 2019. REUTERS/Pascal Rossignol

LE BOURGET, France (Reuters) – An electric plane capable of flying up to 650 miles with nine passengers made its debut at the Paris Airshow on Tuesday, with its manufacturer targeting regional commuter routes such as the French capital to the southern city of Toulouse.

Eviation Aircraft said the plane – called Alice – was a radical rethinking of the cost, experience and environmental impact of regional travel.

The impact of air travel on the environment has become a key focus of climate campaigners and airlines have long been looking at ways to address emissions and their costs through new designs and cleaner technologies.

“Operating at a fraction of the costs of conventional jetliners, our Alice will redefine how people travel regionally and usher in a new era of flying that is quieter, cleaner and cost effective,” Eviation CEO Omer Bar-Yohay said.

The company said it would be aimed at high traffic commutes such as Paris to Toulouse, Norway’s Oslo to Trondheim and America’s San Jose to San Diego.

It said its first commercial customer would be Cape Air, one of the largest independent regional airlines in the United States, serving 35 cities there and in the Caribbean. Cape Air has a “double-digit” purchase option for Alice, a statement said.

“We see tremendous opportunities to reduce the environmental impact of our operations,” Cape Air founder and CEO Dan Wolf said in a statement released from the airshow, which has been dominated by deals for industry heavyweights Boeing and Airbus.

Following test flights this year and certification in 2021, Eviation said it planned to begin shipping the aircraft for commercial use in 2022.

Writing by Alison Williams in London; Editing by Janet Lawrence