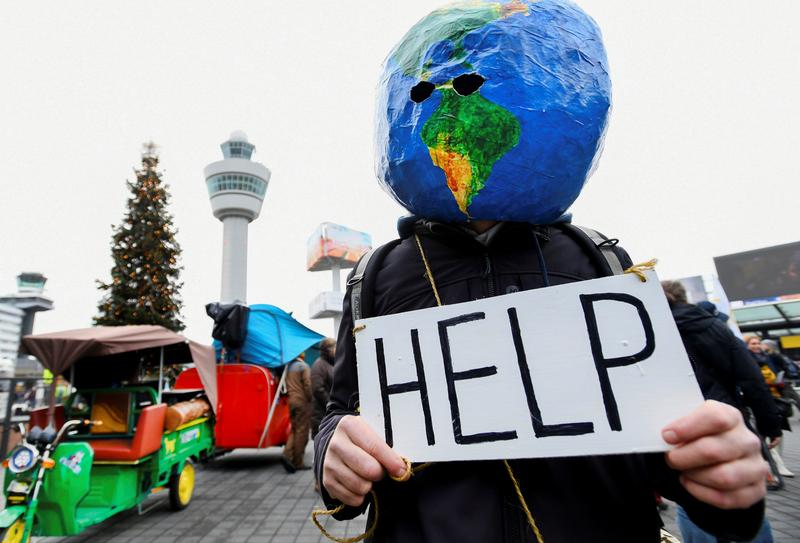 COPENHAGEN (Reuters) – Twelve EU states are calling for the European Commission to speed the process of setting a new 2030 climate target to serve as an ambitious example at the next global climate summit, according to a letter to the Commission seen by Reuters.

The European Commission wants to toughen the EU’s 2030 climate target this year, to mandate a 50% or 55% cut in greenhouse gas emissions from 1990 levels, rather than the current minimum of 40%.

But according to a letter signed by a dozen EU states the commission needs to present a climate target plan well before the U.N. climate summit in November to make time for EU members to agree on a final reduction target.

“If the fact that the EU goes in front is going to have an effect, then it not only needs to be before the summit, but also well in advance,” Dan Joergensen, Denmark’s climate minister and initiator of the letter, told Reuters.

Parties to the Paris Agreement on climate change are meeting at the COP26 summit in Glasgow in November, where they must commit to tougher targets of reducing emissions.

Under the Paris Agreement, each country made a pledge to curb domestic emissions. But the combined efforts of countries’ current pledges would still put the world on track for around 3 degrees Celsius of warming by the end of the century, far above the level scientists say would avoid the most devastating impacts of climate change.

The letter, addressed to EU’s climate chief, Frans Timmermans, says discussions between member countries on EU’s final 2030 target need to begin in June by the latest.

That requires the Commission, the European Union’s governing body, to have made its own recommendation and plan before that.

“We therefore encourage the European Commission to present the 2030 Climate Target Plan as soon as possible and by June 2020 at the latest in order to advance discussions in a timely manner,” the letter stated.

The document, which was sent to the EU Commission early Tuesday, said a united European bloc could create “momentum” needed for the world’s nations to sharpen their climate ambitions.

Joergensen deemed it possible to finish negotiations if the plan was ready by June, but even that could pose a challenge.

“Right now we are in a situation where we fear we will not make it in time because the Commission’s timeline does not suggest a proposal before September,” he said.