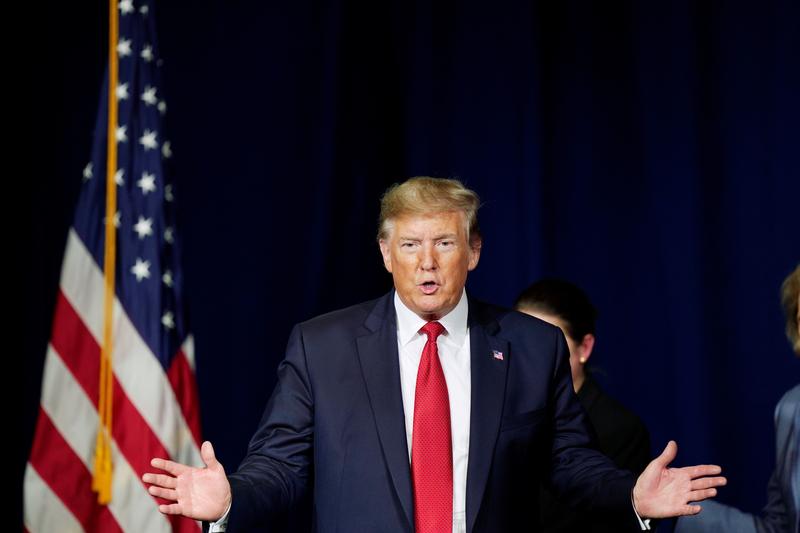 WASHINGTON (Reuters) – President Donald Trump reacted furiously on Friday after Federal Reserve Chair Jerome Powell linked the trade war with China to risks to the U.S. economy, asking whether the man he handpicked to run the U.S. central bank was a greater “enemy” than Chinese leader Xi Jinping.

“As usual, the Fed did NOTHING! It is incredible that they can ‘speak’ without knowing or asking what I am doing, which will be announced shortly,” Trump wrote on Twitter. “We have a very strong dollar and a very weak Fed. I will work ‘brilliantly’ with both, and the U.S. will do great.”

“My only question is, who is our bigger enemy, Jay Powell or Chairman Xi?”

It was unclear what Trump meant when he said he would work “brilliantly” with both, and the White House did not immediately respond to a request for comment. Trump has repeatedly accused the Fed of keeping monetary policy too tight, which he says has boosted the value of the dollar and undercut economic growth.

The president said in a subsequent Twitter post that he would respond later on Friday to China’s announcement on Friday that it would impose additional tariffs on U.S. products, the latest salvo in the U.S.-China trade war.

Trump has been pressuring the Fed to lower interest rates aggressively, arguing that the dollar’s strength is undermining the competitiveness of U.S. manufacturers.

With some signs of growing recession risks in the United States, Trump administration officials have discussed actions to prevent a downturn before the November 2020 presidential election, according to media reports.

Those have included the imposition of a currency transaction tax to weaken the dollar and a rotation of Fed governors to try to undercut Powell’s influence, the Washington Post reported, moves that would likely require congressional action.

Powell, in a speech earlier on Friday, stopped short of committing to further rate cuts. He characterized the U.S. economy as in a “favorable place” but facing “significant” risks, especially from what Fed officials have described as the harmful effects of the White House’s trade war with China.

Before Powell spoke, a senior Trump adviser urged the Fed chief to lower rates. “America, we have your back. That’s all he has to say,” White House trade adviser Peter Navarro said in an interview with Fox Business Network.