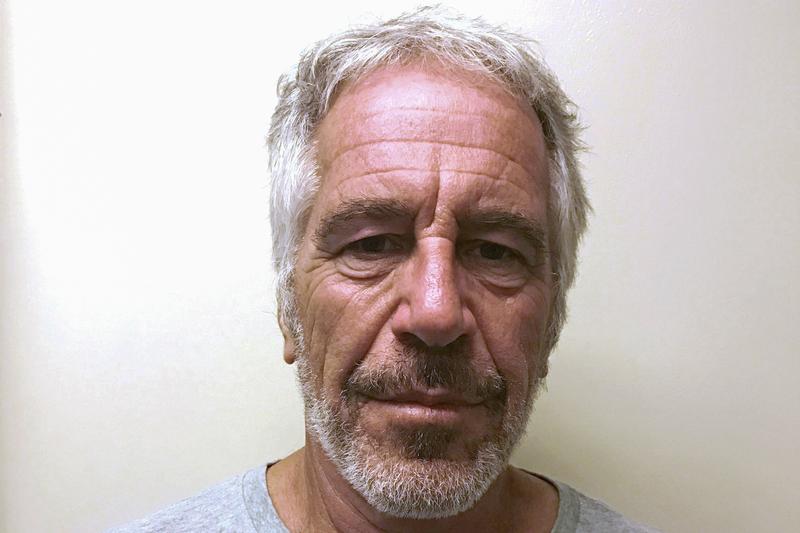 NEW YORK (Reuters) – Disgraced financier Jeffrey Epstein was found dead on Saturday after an apparent suicide in the New York jail cell where he was being held without bail on sex-trafficking charges, and a source said he was not on suicide watch at the time of his death.

Epstein, 66, was found unresponsive in his cell in the Special Housing Unit of the Metropolitan Correctional Center and transported to a hospital where he was pronounced dead, the Federal Bureau of Prisons, which operates the lower Manhattan jail, said in a statement.

The source, who was not authorized to speak on the record, said Epstein, a well-connected money manager known for socializing with politicians and royalty, was found hanging by his neck.

The FBI and the Department of Justice’s Inspector General were opening investigations, U.S. Attorney General William Barr said, adding that he was “appalled” to learn of his death in federal custody.

“Mr. Epstein’s death raises serious questions that must be answered,” Barr said in a statement.

Last month, Epstein was found unconscious on the floor of his jail cell with marks on his neck, according to media reports, and officials were investigating that incident as a possible suicide or assault.

Even so, Epstein had recently been taken off suicide watch, a special set of procedures for inmates in danger of taking their own life, according to the source, who said the financier was in a cell by himself when his body was found.

Aja Davis, a spokeswoman for the New York City Office of the Chief Medical Examiner, said she could not say how Epstein died before her office examined the body.

Epstein was arrested on July 6 at a New Jersey airport on return from Paris. He pleaded not guilty to charges of sex trafficking involving dozens of underage girls as young as 14, from at least 2002 to 2005, an indictment that followed years of sexual abuse allegations against him.

It was not immediately clear why Epstein was taken off suicide watch, and officials did not respond to requests for comment.

At the MCC, two jail guards are required to make separate checks on all prisoners every 30 minutes, but that procedure was not followed overnight, according to the source, who was not authorized to speak on the record.

In addition, every 15 minutes guards are required to make another check on prisoners who are on suicide watch.

Guards are required to remove any prisoner placed on suicide watch from the Special Housing Unit where Epstein was housed, according to a Twitter post by Preet Bharara, a former U.S. Attorney for the Southern District of New York.

The unit is used to separate inmates such as accused sex offenders from the general population for their protection.

Last month, a judge refused to release Epstein on bail to allow him to live under 24-hour guard in his opulent townhouse on Manhattan’s Upper East Side. The financier was appealing that ruling.

After Epstein’s arrest, prosecutors said a search of his townhouse, conducted under a warrant, uncovered evidence of hundreds, and perhaps thousands, of nude photographs of “what appeared to be underage girls,” including some photos cataloged on compact discs and kept in a locked safe.

In a court filing on July 25, the government said it was pursuing an “ongoing investigation of uncharged individuals” in connection with the case.

That investigation, in the U.S. Attorney’s office in Manhattan, will continue despite Epstein’s death, a different source familiar with the matter said.

Over the years, Epstein has counted President Donald Trump and former Democratic President Bill Clinton as his friends, and, according to court papers, Britain’s Prince Andrew. None of them was mentioned in the indictment against Epstein.

The charges were announced more than a decade after he pleaded guilty in Florida to state prostitution charges in a deal with prosecutors that has been widely criticized as too lenient.

One of the Florida prosecutors, Alexander Acosta, resigned as U.S. labor secretary in July as the deal came under fresh scrutiny after Epstein’s arrest in New York.

His death came a day after the unsealing of a court filing in which a woman who accused Epstein of keeping her as a sex slave said one of the financier’s associates had instructed her to have sex with at least a half-dozen prominent men.

The claim by Virginia Giuffre came in a deposition that was included in about 2,000 pages of documents related to her defamation lawsuit against Ghislaine Maxwell, the associate whom Giuffre said helped Epstein procure girls for sex.

Lawyers for Maxwell did not respond to several phone and email requests for comment.