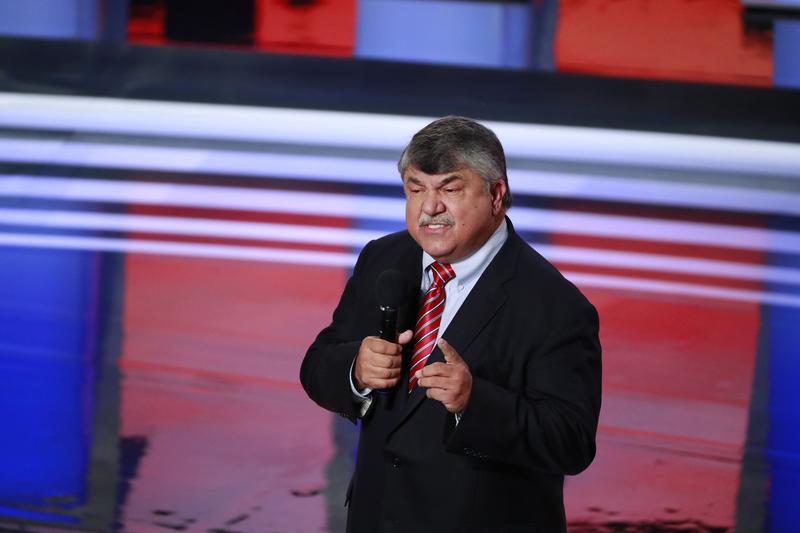 How to best extend health coverage to millions of uninsured or under-insured Americans has been one of the early issues defining the Democratic nominating contest to take on Republican President Donald Trump in November 2020.

The issue is increasingly cropping up on the campaign trail as the 20 candidates still vying to become the Democratic nominee compete for support from union workers and official endorsements that can lead to critical on-the-ground resources.

“There’s no question that ultimately we need to establish a single-payer system, but there has to be a role for those hard, hard-fought-for, high-quality plans that we’ve negotiated,” Trumka told reporters at an event hosted by the Christian Science Monitor.

“You can’t ask the American worker, who sacrificed wages and everything, to simply say: ‘Okay, I’ll accept this plan here,’” Trumka added, noting that some union plans likely provide more benefits than Medicare.

Progressive U.S. Senators Bernie Sanders and Elizabeth Warren have favored a Medicare for All approach that would extend the existing, government-run Medicare health insurance program to all Americans, eliminating a role for private insurance. Medicare currently serves Americans aged 65 and older.

More moderate candidates such as former Vice President Joe Biden and U.S. Senator Michael Bennet prefer taking a more incremental approach that would create a so-called “public option” allowing people to enroll in a government healthcare plan that would exist alongside private insurance.

Still others, including U.S. Senators Kamala Harris and Cory Booker, have modified their campaign healthcare proposals, after backing Sanders’ Medicare for All bill in the Senate, to preserve some role for private insurance, even if for a limited time.

Candidates have invoked union-negotiated health insurance as one reason why a public option is preferable to the Medicare for All proposals offered by their rivals.

“If you have a generous union-backed plan and you have given up union wages to get that plan, you can keep it,” Biden said last week at Dartmouth College in Hanover, New Hampshire.

Most national unions, including the AFL-CIO, which is a federation of more than 50 unions that collectively represent more than 12 million workers, have yet to back a candidate.

Sanders won his first national endorsement this week from the 35,000-member United Electrical, Radio and Machine Workers of America. Biden in April secured an endorsement from the International Association of Firefighters, which has more than 300,000 members.

Sanders, after speaking to the Iowa Federation of Labor last week, tweaked his Medicare for All approach to include a provision that unions would be able to renegotiate their contracts in a government-overseen process and seek plans for additional services not covered by Medicare.

His “Workplace Democracy” proposal now states that there will be a “fair transition to Medicare for All” that will “require that resulting healthcare savings from union-negotiated plans result in wage increases and additional benefits for workers during the transition.”

Trumka called it a “positive sign” that candidates seem to be listening to union workers and are integrating their feedback into policy proposals.

“It’s going to generate huge savings for employers,” Trumka said of transitioning to a single-payer system. “The question will be: what happens to the savings?”

“What we’re saying is our plans, we’ve negotiated hard … there has to be a way for us to recoup that.”