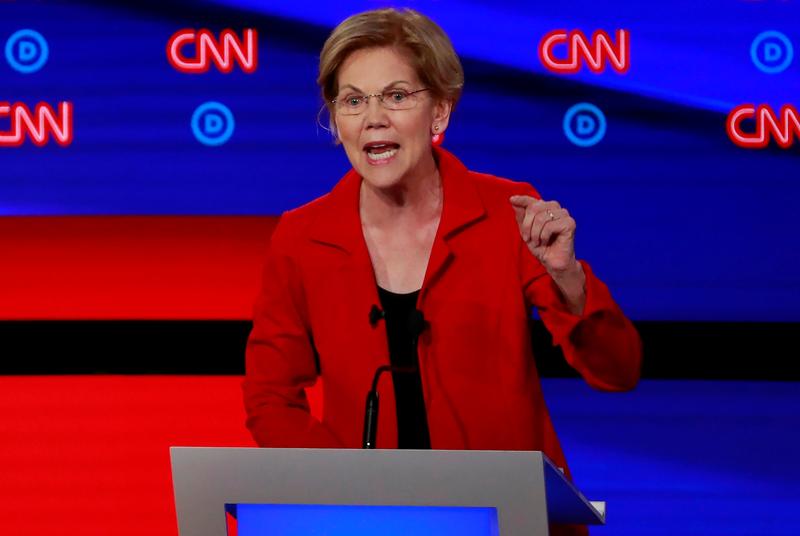 “In 2017, almost 40,000 people died from guns in the United States,” the Massachusetts politician said. “My goal as president, and our goal as a society, will be to reduce that number by 80 percent.”

Warren’s proposals built on rising calls for gun control across the party’s crowded field of candidates. Seventeen Democratic candidates were expected to address the issue at a Saturday forum hosted by the advocacy group Everytown for Gun Safety in Des Moines, Iowa.

Iowa is a key focus of campaigning because in February the state will hold the first nominating contest in the Democratic presidential primaries ahead of the 2020 presidential election.

Many have called for measures such as an assault weapon bans, universal background checks and other gun control reforms long stymied by partisan fighting in Washington.

The issue has seen renewed debate, including attention from the White House and some Republicans in Congress, after 31 people were killed last weekend in shootings in Texas and Ohio.

Trump on Friday suggested that he could sway the nation’s powerful gun lobby, the National Rifle Association, to drop its opposition to gun restrictions.

At a Friday forum on raising teacher pay in Fort Dodge, Iowa, California Senator Kamala Harris, another presidential contender, said for children in school “half of their brains are worried about who might be entering the door at the back of the classroom in a way that might threaten their safety.”

Harris reiterated her plan to give Congress 100 days to send a gun control bill to her desk and if not, take executive action to establish a comprehensive background check system, revoke the licenses of dealers who violate the law and ban the importation of assault-style weapons.

“It is terrifying our children,” Harris said to applause. There are supposed leaders in Washington, D.C., who have failed to have the courage to act.”