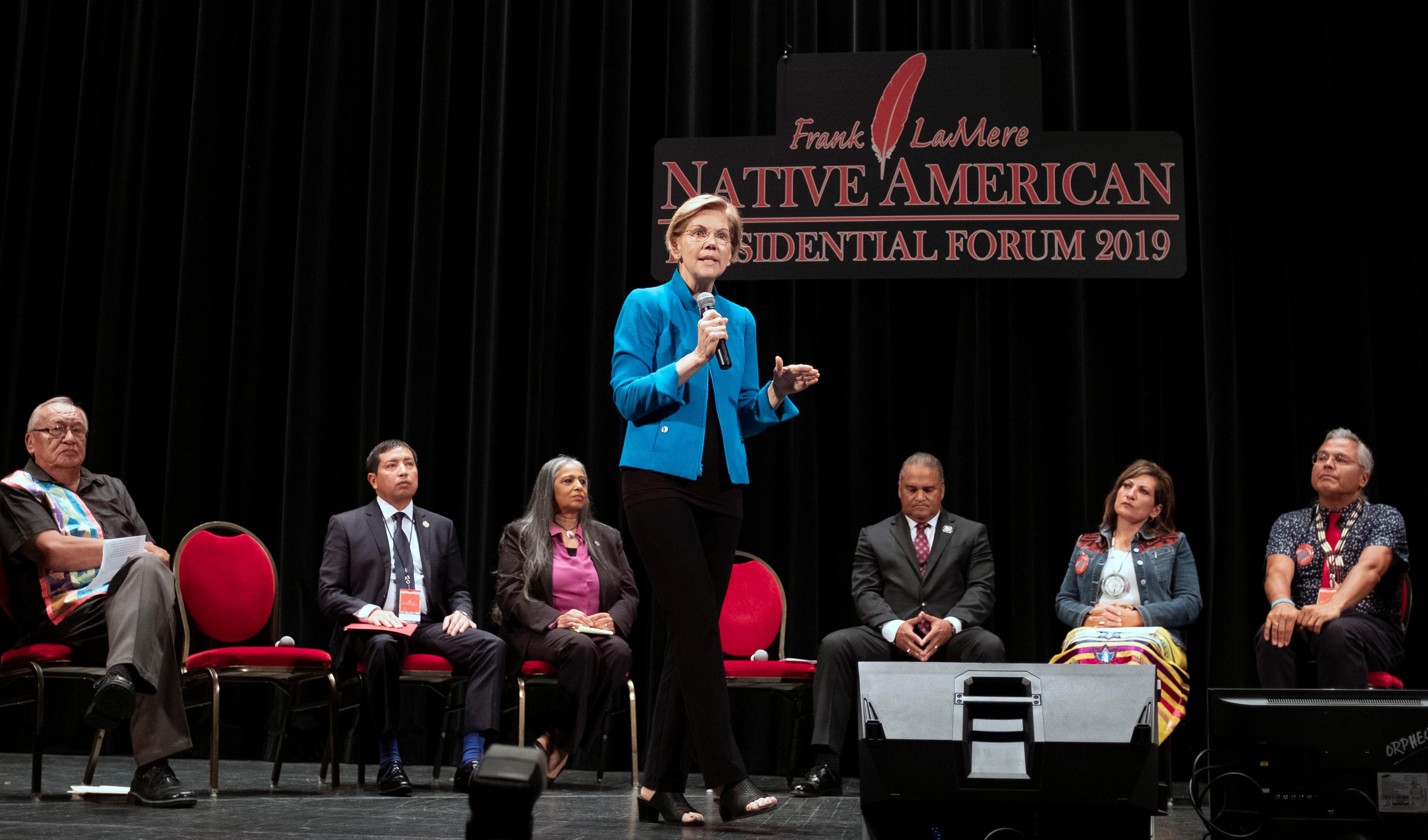 WASHINGTON (Reuters) – U.S. Democratic presidential hopeful Elizabeth Warren on Monday apologized again for her claims in the 1980s that she is Native American, speaking to a crowd of tribal leaders in Iowa.

“Like anyone who’s been honest with themselves, I know that I have made mistakes. I am sorry for harm I have caused. I have listened and I have learned a lot, and I am grateful for the many conversations that we’ve had together,” Warren said.

Warren spoke at the Native American Presidential Forum in Sioux City, Iowa, hosted by several tribes from across the country.

In February, ahead of Warren’s campaign launch, the Washington Post reported she had described herself as Native American in a form to join the Texas legal bar in the 1980s. It was the latest revelation in a six-year saga during which she has been unable to quiet critics who say she failed to recognize the importance of tribal sovereignty.

Tribal leaders have criticized her claim, arguing that tribal membership is required for someone to describe themselves as Native American.

Democrats in the crowded primary field vying for the party’s nomination to challenge Republican President Donald Trump in 2020 have been silent on Warren’s past Native American claims and her ancestry has not been an issue in the primary.

Republicans, however, have reveled in mocking Warren’s previous claims of native ancestry. Some Democrats, nervous that any vulnerability in a nominee would be exploited by Trump, have worried that the Massachusetts senator handed the president an obvious attack line if she were to be the nominee.

Warren’s heritage claims have dogged her since her first campaign for the U.S. Senate in 2012, when Republican Scott Brown attacked her for being listed by Harvard University as a minority when she was a member of the faculty.

After Warren criticized Trump ahead of his 2016 campaign, he nicknamed her “Pocahontas” despite criticism he was being racially insensitive.

Last year, after Trump offered to pay her $1 million if she took a DNA test, Warren released results of an examination of her genetics that found she had only fractional native ancestry. That angered tribal leaders who said being a Native American is not determined by DNA alone but by membership in a tribe.

Trump has not paid the offered $1 million.